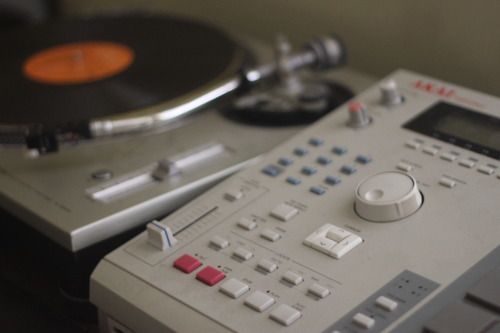 The following article seeks to analyse the legality of sampling through a case law analysis, deciphering the various issues involved and the principles applied by the courts. Can classic works which are now in the public domain be sampled? If a contemporary producer were to take the works of Vivaldi, (western music composer who passed in the year of 1741) and merge them with his own drum programming, vocal chops, soft synth arpeggios and call the same his own work, would this be legal?

What is sampling and why is it essential to new works?

‘Whether it be Gangster rap, acid house, deep house or electronica sampling is an essential part of the music producer’s arsenal today and is credited with the origins of various genres. With the advent in technology allowing for artists to convert MIDI sound signals from one track into notes, the conversion of harmonies, melodies, percussions and even the groove of a track can be done with the click of a mouse or the push of a button on various outboard devices or their software equivalent.’

TARA RODGERS (2003). On the process and aesthetics of sampling in electronic music production. Organised Sound, 8,pp 313-320

This allows artists to take something that already exist and apply their own unique sound scape to make something novel of the same, it can be of the sound recording itself, manipulation of the recording, version recording of the sample by recording the same music on different instruments, either virtual or natural. It is important to first categorize the difference between those copyrights granted for musical works and those of sound recordings or mechanical rights.

In a case of copyright infringement, it has been found in the past that courts first distinguish between two types of copyrights:

1) Where the copyright lies in the musical work

The difference between the two has been emphasized on because the rights that are accompanied by the two vary. In the first case with regard to the musical work, the composer owns the copyright in the music and all or any of the words that may be supplemented by the music. In this first instance the composer enjoys exclusive rights. In the second case, with regard to sound recording, the composer enjoys only the right in the recorded version of the performance and to reproduce and distribute copies of the same recordings. Thus, a sample may infringe upon on a part of the sound recording but since this sound recording is separate from the underlying musical work, the sample may not infringe upon the musical work in itself. Infringement by itself is subjective in nature depending whose outcome would depend on the judge hearing the case. In some instances, judges believe that even a minute sampling of one note could create enough grounds for infringement under copyright laws while some hold, only a substantial amount of sampling can be considered copyright infringement.

Johnson A Dean, Music copyrights : the need for an appropriate fair use analysis in digital sampling infringement suits by, pp 142

“Old recordings are to the hip-hop producer what paint is to the painter-raw material to be manipulated into art.”

What DJ shadows album “Endtroducing” was to hip hop music, ‘Logoroma is to the animated short film industry, directed by François Alaux, Hervé de Crécy and Ludovic Houplain, and produced by Autour de Minuit it won the Oscar for best animated short film. The film used over 4500 Trademarks and portrayed certain

Trademarks in a negative light as well. The director at the acceptance speech thanked the companies for not suing him.’

Current case law specifically the Bridgeport case which we shall discuss further have obfuscated the laws on the same (The Bridgeport case concerned samples used  by the N.W.A.’s song “100 Miles and Runnin’” from Funkadelic’s “Get Off Your Ass and Jam”), this could adversely affect the artists innovation process, artists such as DJ shadow whose album is heaved as one of the best dance albums of the century by Muzik magazine. This album would not be possible if traditional copyright principles were used, disallowing the use of sound recordings in totality without a licence in accordance with Lockean principles (VANESSA CHANG (2009). Records that play: the present past in sampling practice. Popular Music, Cambridge University Press 2009,  Volume 28 /Issue 02, pp 143-159.)

The second part of the article seeks to analyse the principal and case law perspective used by the courts in determining cases.

1234
Previous
Next
Share this
Content of the blog is strictly an intellectual property of Beatworx Music Private Limited. Replication in part or full is prohibited.