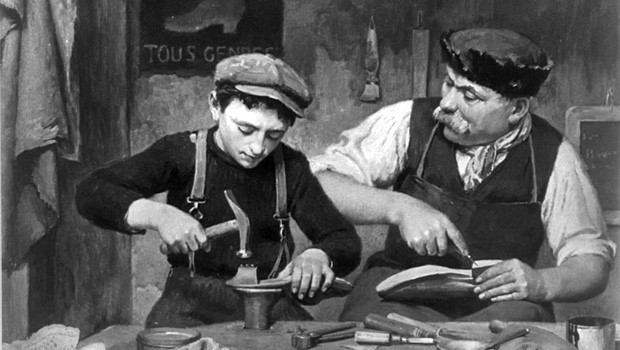 When Beatworx studio started in 2012 , it was done so by the brothers Ashwin and Ashrith not only with the obvious aim of providing quality musical education to the aspiring , inspired and excited apprentice but to also nurture and equip them for the rigours that come with being a professional musician and more specifically speaking a DJ / Producer.

Very little is known of the dime-a-dozen Djs that graduate from similar schools across the country apart from what you may see on social media. We aren’t talking about the facebook pages nor the corny photos with headphones that every fresh recruit tends to do (the author is no different), we are infact taking stock of what it means to be selector in this day and age.

Motivations that push students young and old to take up a profession are varied, with the rewards of it only fathomable to the connect one shares with the music that moves them. “The idea of a musical career came from poetry. Poetry came naturally to me” quotes Tasneem , one of the first inductees at the studio and now a resident with mumbai based collective Regenerate.

Amitabh Triptone who also passed out of Beatworx says “ The music I play is an extension of me spiritually”. The importance of a good-intentions when one starts anything afresh can never be under-estimated and the brothers make sure they do their bit to bring this into the focus of their students.


Now whether this is poetry, spiritualism or just the happiness to make people dance that pushes  students who want to take the plunge ; it is this individual attention that the faculty at Beatworx provides, that automatically creates a relationship between the  student and  the teacher (however emotive that may sound). This in a way already separates this school from the rest.The willingness to connect and not just to chew up and spit-out talent.

That’s not all , it is also the amazing musical prowess that Ashwin and Ashrith share and continuously evolve year after year that catches everyone’s eye. A now-well known figure in Bangalore’s resurging house/techno scene Surviving Soul AKA Bittu Girish adds “Beatworx has been a primary source of guidance and inspiration for me over the years, coming from a city like Vizag, having the unconditional support of Beatworx throughout has played a huge role, helping me, both on the networking side of things as well the technical aspects of mixing techniques.” That ladies and gentlemen is an essential factor to me in any music academy. Having your teachers walk the talk themselves and passing on their learning to the eager is crucial to stay ahead of the competition and also well-informed. If you are thinking that joining a course is half the job done, you are sadly mistaken. Along with it comes the unspoken hours of tireless practise, sessions of music listening and of course crate-diggin. “When I heard their music I was always fascinated by the amazingly meticulous  magic that they create. Heard of them opening Beatworx and I had to join in to hone my craft  in advanced Djing and music production.” chimes in Amitabh.

It isn’t only the amateurs but also the veterans who look toward Beatworx for guidance and in some cases-fine tuning. Aman Anand , a self-taught DJ/Producer based in Singapore who already has a string of releases under his belt is one of them. He says “I felt that I needed to learn the basics of Ableton properly. I definitely needed guidance on how I can simplify my workflow and also learn techniques that I otherwise would have no idea about. ” A sentiment that is echoed by another well-established producer Rohan Nunes AKA Deep Hertz who resides in Dubai “I have been producing all my tracks on logic 9. Only now have I begun using Ableton for vocal based sampling , drums , warping  although I  still love my hardware and logic 9. I never used Ableton so decided to head to Beatworx  since I also wanted to chill a bit in Bangalore” (Well who could blame him).

Apart from the faculty of course is the eye-popping gear that is available to a student to dispense at the studio. From CDJs to Turntables, Synthesizers to Drum-machines , Beatworx is completely kitted out to service any need that a student of the art can think of with respect to electronic music. “Beatworx has the right amount of gear to teach people any spectrum of electronic music. I was particularly fascinated by the Korg MS-20 and the Push 2. I have little knowledge about synthesizers so to understand a tiny fraction of what they are capable of was really eye opening” says Aman beamingly. It is important to add that the boys have plans to continually upgrade their armory to keep up with the rapidly changing world of  production gear.

To be quite honest, anyone who has been a part of the growing ‘scene’ in Bangalore so to speak cannot deny the contribution that the studio has done to raise the bar for upcoming artists in the city. Guys like Shreyas_  &  Surviving Soul have now established themselves as regulars in Bangalore , with others such as Anejath Rao and Anirudh Madhavan soon to follow suit.  In the same vein Bittu goes on to say “The studio has helped me immensely as a source of meeting producers and Dj’s from diverging places, producing and playing different sounds. It’s been the case many a times where someone I met at the studio doing a course here, is doing something phenomenal for himself or herself within the scene not much later.”

In a way, Beatworx has come to epitomise the true spirit of an electronic music school and in more ways that one is so much more apart from that. There is a general feeling among students that even after one graduates  they never really leave. They can always come back to be pushed in the right direction again. As Aman rightly says “ It’s a great initiative by Audio Units and their team. More people are interested to learn about electronic music and it is also changing the perception that electronic music is easy to make. This is a positive growth for the scene”  . One cannot agree more!