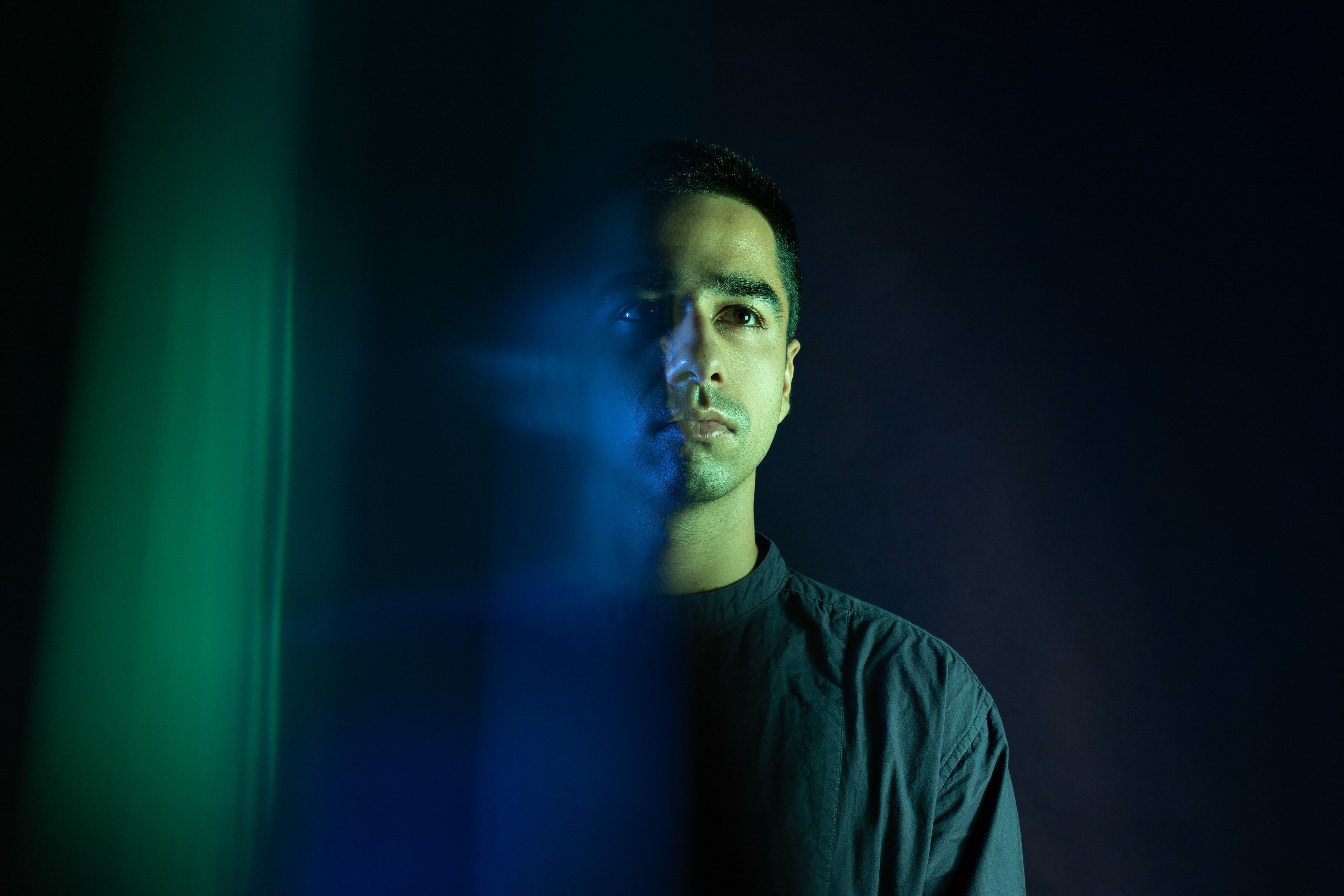 Beat & Greet’, is a way for our audience to discover artists, hear a bit of their music and get to know a bit more about them on a personal level. Our last edition featured Aman Anand, a top-class DJ, and producer as well as a Beatworx Alumni based out of Singapore. For this edition, we bring to you an exclusive chat with the supremely talented Vir RC aka VRIDIAN.

Since its start in 2017, VRIDIAN has explored a wide spectrum of dance music including Electronica, Deep House and Melodic Techno – inspired by a versatile range of musical influences and a sure-shot passion for the craft. Vir has also made some great use of his time in the studio with releases on international imprints such as Manjumasi, Traum Schallplatten, Nie Wieder Schlafen, Qilla & Dream Culture.

It’s almost 2020 and this Algorave stuff has just slowly started to appear. If AI is headed wherever it is then I see the process of making music changing more than the music itself.  But that’s only if the human race survives to continue making it. Who knows.

Check out this set he recorded for Toronto based New Grooves Music.

Show us pictures of your studio / workspace with one or two lines describing the space or gear.

To begin with, no day is really ever the same but I’ll do my best to give a rough outline. When I was learning how to produce, I would sit up late at night and eventually tire myself to sleep. Which would lead to late mornings, frustrating listening sessions (to what was being made the night before) and an unproductive day in general. When I started working alongside DJing and producing, I had to follow a routine that was also determined by someone else’s time. This actually did wonders for me because I was sleeping properly, eating at the right time and was scheduling my day systematically to give everything the time it deserves. I also had lesser time to wallow in the misery of my track making decisions – which made my workflow faster. Don’t get me wrong, I also love those days spent on the bed with Netflix and take out 😛

I would have loved to have been on the production team of any album by King Crimson. Especially ‘In The Court Of The Crimson King‘. Musically they were absolutely magical but they were doing their best to try and use their instruments in as many different ways possible. Whether it be whacky guitar tones or creepy/dirty/ grungy vocal fx (Like on ’21st Century Schizoid Man’, which also sampled by a certain Kanye West in his song called ‘Power’ many years later), these guys were nailing it way before their time. I had the privilege of seeing them live in Vancouver and they had three drummers (including Gavin Harrison from Porcupine Tree) emulating a stereo effect live. So the drummer on the right would play certain snares and cymbals, the drummer in the center was only hitting toms, floor toms and the kick and the one on the left was in charge of percussion and snares yet again. I thought this was amazing.

Before I had any indication that this might become a serious way of life (I always wanted to do it but still was never sure if I’d be able to make it a serious thing), I had skimmed past a couple of advertising internships. When I was an audio engineering student in Vancouver, I did everything from being a cashier at Burger King to floor managing the city’s only after-hours nightclub. Once I returned, I had the privilege of working right under Gaurav Malaker (BLOT!). Now I also take certain freelance projects (I am currently line producing a podcast series sanctioned by Amazon). It’s good to have something that provides financial sustainability and a world away from the DAW, DJ Console, and Nightlife. It keeps one comfortable, enables us to invest in ourselves and our art and anchors us since it is easy to drift away in excess and vices. When I was trying to just live off of gigs, it was frustrating me more and more (since we all know its a ‘long way to the top if we want to rock and roll’). It was demotivating and the pressure I was putting on myself was suffocating me. This was highly counterproductive. Now – with some balance, everything seems to be progressing and I find myself motivated and grateful.

I absolutely love the CDJs. Wherever I can get 3, nothing like it. 4 are even better. But I love to DJ with those and the mixer straight. I have a couple of my old guitar pedals for FX in case theres an Allen & Heath Mixer. I used to play on Traktor when I first started and its still fun to use that if the usual tech I want is not available (like at a house party).

Your favorite track from your own discography

These kinds of questions make me awkward but it would have to be ‘Fragments’, which released earlier this year on the German imprint  ‘Nie Wieder Schlafen’. I’d never written anything like it before and the fact that it took two sit-downs (a total of 5 hours to write) was also another first. It happened super naturally and the feedback I got for it was more than encouraging. Frankey & Sandrino played it twice, it got featured on a Spotify playlist made by Atish and in general, I got a lot of love from local listeners and DJs which really gave me a boost for things to come.

Complete this : In a world without music

I can’t answer this one because I can’t think of it. It’s not possible.

I literally just came back from Daman. It was my first time going there and it was amazing. I started at 12 AM and they didn’t let me stop till 4. The place was like a mini-warehouse and the crowd was also into it. The Affinity Quartet team is doing something special there and its only for friends and friends of friends. So almost 200 people who know each other somehow + a really cool looking venue can only equal some good fun. This was probably the best so far, but it’s tied with opening up for Monkey Safari at Auro Kitchen & Bar here in Delhi. Every time I will want to remind myself of how to get the floor going, I will think about that opening set for sure.

Impossible at this point in time to have just one. Of course, I look up to Gaurav (BLOT!) since he’s somewhat of a mentor to me and I’ve learned a lot from his process in the studio. I’m a huge fan of Madhav (Kohra) and I think he’s an absolute beast as a producer/DJ. I learned about a whole new side of electronic music thanks to Sanil (FILM). Vipul (SHFT) is an absolute genius, The Baburao brothers (Audio Units) have had one of the most exciting musical journeys I’ve had the privilege of following, and Rishi (Midnight Traffic) is also one of the finest DJs I’ve heard. Beyond the house/techno space, there’s no shortage of amazing music coming from the likes of Pardafash, Three Oscillators, Hedrun (Palash), Monophonik (Shatrunjay), Corridors (Rijul) – who are all regulars on my listening playlists. ‘Apart from these folks I work a lot with Jay Pei and I think he’s an absolute wizard. Also, peeps should keep an eye out for Siddhant Jain’s new project ELM.

OH MAN, I JUST GOT MASSIVE X AND ITS AMAZING. Definitely number 1 for me. Such a wide array of powerful parameters and so many versatile patching and automation options for exciting results.

The Behringer MODEL D is a super impressive little device for its price. Super fat.

The Max For Live Convolution Reverb (LUSH and precise)

It’s almost 2020 and this Algorave stuff has just slowly started to appear. If AI is headed wherever it is then I see the process of making music changing more than the music itself.  But that’s only if the human race survives to continue making it. Who knows.