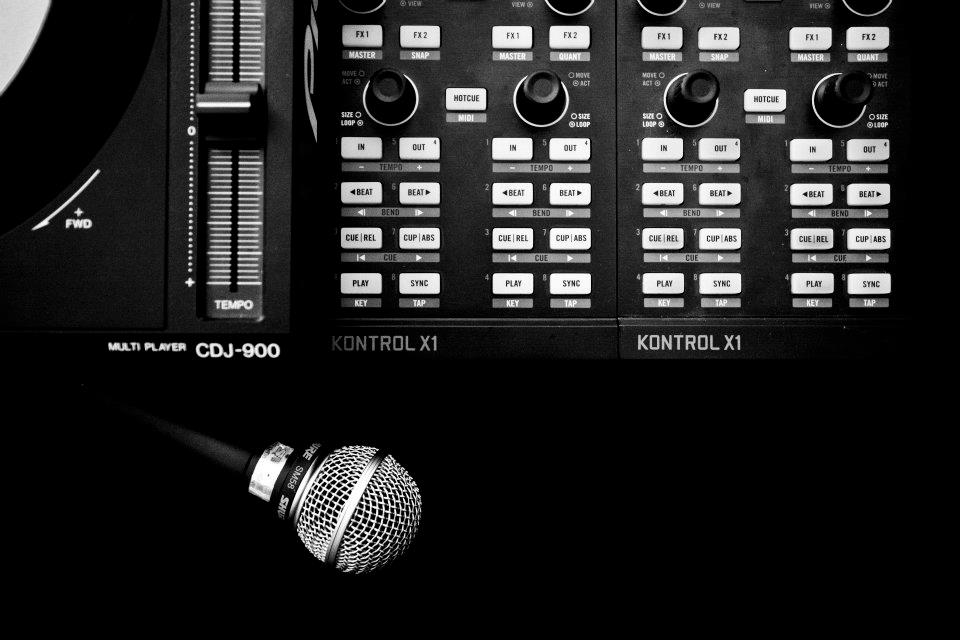 Amongst the most common requirements for artists, Dj’s, musicians and producers in the industry is a well-written, comprehensive bio, presented in a simple and structured arrangement, explaining why you or your act stand out from the herd.

Here’s a few things we’re going to look at in this post :

Think of your bio as the package to the product, to make a good impression, it is essential to seem professional from the word go. It does not matter if you have played one gig, five or not a single one yet, a comprehensive bio representing exactly what you stand for is a must. If you have played a few gigs previously, chances are that the promoter has asked you to forward a link to your Facebook and Soundcloud page prior to confirming your booking and this is precisely where your artwork, a good biography and your music will be scrutinized before deciding whether you’re the right person for the job.

Not just promoters but your fans as well would like an insight into the process, your development and precisely what it is that you represent. So what does a good bio consists of?

First and foremost, you’re going to want to choose a writing style; it’s imperative that you do not jump between first and third person. Most bios are written in third person, but there’s no hard and fast rule regarding the same. The first person point of view is seen primarily as an autobiographical point of view- “I/We first found ourselves/myself most inspired by…”

Where as, a third person bio reads from an objective point of view- “X/They first found themselves/himself most inspired by…”

Amongst the most common pit falls while writing a bio is a shift between the first and third person point of view, here’s a bad example – “X started his (third person) career with a residency at Y club, I (First person) then moved to Tiger -Tiger where I played with myself for another two years.”

Secondly, think of a structure that works for you, since you’ll most likely be dwelling into what inspired you to give your life to music, its worth structuring the same in a chronological order.

“Chymera was born and raised in Ireland, but currently resides in Berlin. He was exposed to proper electronic music for the first time in 2000. Quickly latching onto the melody and aggression of techno he learned how to DJ, and in 2002 made the transition to production. His music sits somewhere between techno and house, occasionally touching on electronica, electro and ambient, and all with his keen sense of melody. He has released on labels such as Ovum, Kompakt, Connaisseur, Delsin and others. His emotive live and dj sets have brought him to various corners of the world.”

The bio above begins with where the artist resides, moving to his introduction to electronic music, his evolution to production and a short description of his sound and finally the labels he has worked with.

We move on to some bad examples in the next part.

“X loved rock n roll right from the start, working with  house music, based out of downtown Soho, he has released music on BFRHRS Rec, 8 PM Music, Wildlife records and Koncham Jargu records. Aggressively climbing to the top with his never say never attitude and big progressive house beats. Playing in the biggest clubs and festivals around London.”

Apart from being haphazardly structured, there is no bridge between the artists love for rock and roll and his current standing, the repetition of the genre is unnecessary; also the words “aggressively climbing to the top” leaves an undesirable impression in the readers mind. Almost painting an animalistic image. Also, the line between gloating and listing your achievements is a fine one.

A good way to start the process before actually writing it is by collecting data, which can be done easily enough, by charting out certain key questions depending on what you’d like your bio to include. Here’s an example of a few questions listed below-

What first inspired you to take this on full time?

Try and think back, was it a key moment, or a gradual build up over time.

Was there a particular sound or artist that you were particularly moved by initially and how has your sound progressed since?

Your influences do not have to be purely electronic if you’re an electronic musician. They can be varied but it’s crucial to represent the same in a series to keep the same structured, for example-

I grew up listening to a lot of classical Indian and classical western at home, mom played the piano and I received my first lessons when I was 8, when I was fifteen I played the keys for an experimental electronica act called “Z”, it was around this time that I begin listening to a lot of down tempo, experimental and electronica music. I begun noodling with Ableton and two years in I signed my first record as “008” my solo project.

Is there’s anyone in your family that’s musically inclined?

This could also include any early exposure you had to music due to someone in your family.

Do you have an instrument of choice?

You could also include your DAW of choice in this section

What exactly is it that you would like to convey through your music?

You could also get philosophical in this section, is there a particular ideology or feeling you would like to express through fyour music?

The river of time flows on, for the world, the cosmos, and the life of Sebastian Mullaert, one half of the internationally acclaimed Swedish duo Minilogue.2014 marks a new chapter that will see him focus on his solo work and take a hiatus from Minilogue, after playing, producing, and performing with close friend Marcus Henriksson for more than 16 years.Just last year Minilogue released their second longplayer ”Blomma” on Sven Väth’s Cocoon Recordings imprint, touring across the globe and playing their trademark sound to dedicated fans the world over. The energy of their inter-dimensional sonic landscapes, ranging from techno, house, and ambient, is equally at the heart of Sebastian Mullaert’s very own solo sound journeys – both as a producer and DJ.

Music that shall orbit around your head and spread a sense of timelessness bidding farewell to any feeling of time and place. Music able to release hidden emotions in order to allow each dancer to feel freedom with themselves and the crowd they will coalesce with.

So the river of time continues to flow, and Sebastian Mullaert takes this inevitability as a driving force to stride into the future without leaving behind his musical past…

What is it that truly moves you about music?

Try an incorporate your own personal experiences in answering the same.

(Don’t shy away from asking more personal questions as well, after all the bio is to represent a part of your own/creative artist personality)

What hurdles have you faced being in the industry?

This could be diverging depending on your personal experiences, for most it’s an up hill journey, depending on whether your plight was more internal or external. If it was all smooth sailing, it’s probably worth skipping this one.

How have you overcome the same?

If the previous question stems an action, this once should be the response. If your previous action was working a day job               to keep the lights on, while you were working on your music on the side. This should showcase the next step, for example quitting your corporate job to take up a residency at a club.

These are but a few questions, I’d highly recommend some soul searching, and personally customised questions according to how you would like your bio to look and feel while being read. Its important to keep people interested and not tune out, this requires you to avoid the clichés, although if you came out of your mothers womb with a Frankie knuckles record in your arms and five minutes into your birth, you had the doctors and the hospital staff jackin’ to “Your love”, it’s pretty remarkable and probably worth mentioning.

In the next section we look at to using the right language to aptly convey your message.

It’s crucial that your bio borrows from your own character, as well as your music.

The standard format is not for everyone, some prefer a quirkier outlook-

Here are some excerpts from the Three machine Bio-

“One is a veteran of sorts, a driving force that has pioneered the rise of Beirut’s pulsating nightlife and music industry, leaving his mark on the airwaves and on the dance floors, playing the biggest venues in the region and sharing the stage with numerous international acts.

The other is a product of scientific malpractice and classified government mischief, with more major credits and events under his belt than should be allowed by state law for someone who has only recently reached voting age.

The unlikely twosome got together under otherwise normal conditions, through business arrangements and mutual acquaintances. In hindsight, it is absolutely safe to say that the first meeting only happened because the universe got bored with itself and a nuclear disaster seemed like overkill at the time.

Their music is a soundtrack to the cosmos, an ode to the infinitely small, a celebration of the infinitely big, a study of human nature and all of its complex, beautiful imperfections. Most importantly, it does not conform to any pre-defined genre classification.”

In many ways this stands out and would appeal to anyone with a sense of humor, this is always a bit of a gamble, if overdone it could come across as unprofessional. Some prefer a more surreal or abstract bio, which can be quite unique as well, focusing on the art and not the artist. For example-

“Where words move to paragraphs, which in turn transform to chapters, chapters representing a series of correlated events, thickening the plot. Transcribing every lost emotion through sound, working backwards from dreams to reality. The careless whisper of the breeze running through chimes, that blistering summer longing the rain, that very feeling or movement in thought and the everlasting longing to capture the moment. That’s where the journey begins.”

Short, simple and effective. This however is not the standard format which has both it’s own pros and cons. Living in a time where musicians wage Internet wars, tailor controversies and wear clothes made of meet to sell records, this might not be the most appealing biography from a commercial aspect.

It’s important to include your preferred booking contact before the start of your biography and not at the end of it. Use a separate ID for your artist alias and not the one you made when you were fifteen (123teknofrfunbrah@hotmail.com)

Describe your sound to the best of your abilities; if it fits perfectly into a fixed genre and you plan on sticking to it, this should be easy enough, if not, try and best describe your sound by first charting out where it borrows influences from, ask a friend (preferably well versed with music) how she/he would categorize this sound.

Most importantly treat your bio as another part of the creative process and enjoy working on the same. Write when you write, edit when you edit and finally rewrite and chose an appropriate and uniform font and structure.

In the next section we analyse a common bio template.

12
Previous
Next
Share this
Content of the blog is strictly an intellectual property of Beatworx Music Private Limited. Replication in part or full is prohibited.