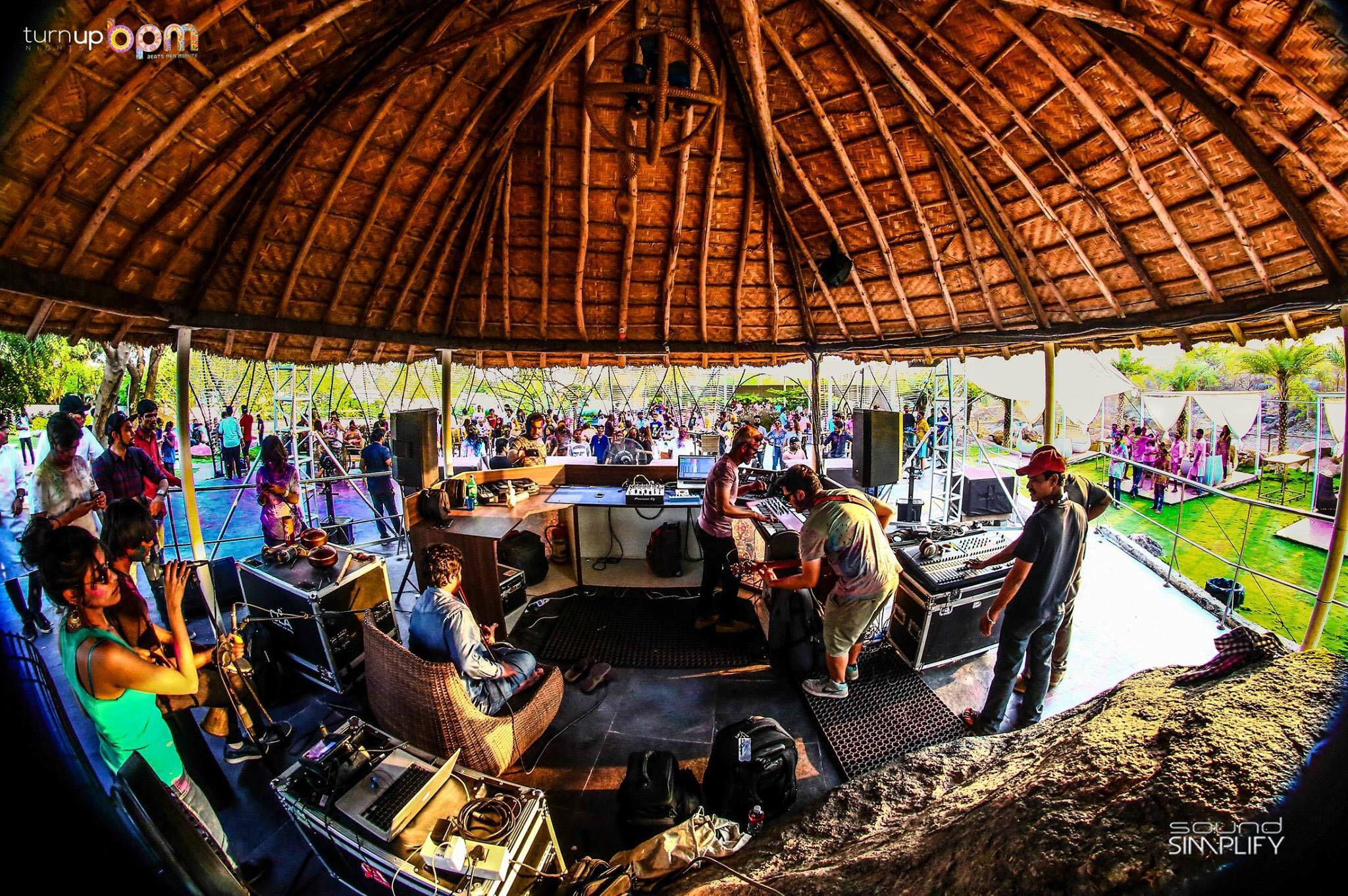 Murthovic also known as DJ Murthy has been pioneering Hyderabad’s music scene for over two decades now. A name on the tip of the tongue of any music lover across India, Murthy’s sheer diversity of sounds over the years have given him the opportunity to collaborate and create music with musicians of various backgrounds.

Having always been on the move as a young man since his father was a serving army officer, he credits his variety of musical inspiration to each place having it’s own sound. Shillong and Manipur were influences for rock and roll, Hyderabad in the early nineties for reggae and Hip Hop. Germany in the early 2000’s for electronic music.

Murthy started out playing a blend of Hip Hop, reggae, and rock and roll. He was spinning tunes from Pink Floyd, Led Zeppelin, Tool and as times changed and they were musical revelations all around the world, Murthy travelled to Berlin and Rome in the early 2000’s to play a couple of gigs, and was also hugely influenced by the sounds of Kollektiv Turmstrasse, Trentemoller, Todd Terje, Depache Mode, Pet Shop Boys and Duran Duran.

His current ensemble, is a fusion of classical Carnatic musicians and himself on an Elektron Octatrack, and a Nord Lead, passing all the audio back into Ableton and using it as a mixer. Murthy’s intention with his live act was to try and negotiate Indian Ragas with Western scales and electronic music, in a cohesive and danceable approach since his own journey begun on the dance floor.His affiliation towards playing live is quite apparent from his background,  early influences of rock and roll and playing the drums. A drum kit will also be incorporated in his live set up soon, he mentions.

Using the Elektron Octatrack as a sequencer as well as an outboard glue compressor. He also finds the flexibility of being able to jot down 16 bar phrases and dice them up extremely useful for the performance aspect of his set. The Nord Lead 2 is his go to synth for pads and other polyphonic sounds, he uses a lot of the Kontakt instruments and libraries as well.

I’d like my music to tell a story that reflects who I am and I don’t care for genre nomenclature. If the music’s good it’s good, I enjoy contemporary pop music artists like London Grammar and Lorde as well.

Inculcating his musical inspirations from a diverse spread of experiences, times and spaces of music, for Murthy it never made sense to try and define or be loyal to a particular genre.

Confinement to micro-genres is not a great idea for a musician, even though blue is a pleasant color, you’d like to see red, black and green from time to time. Keep an open mind to everything and don’t constrict your ideas based on other peoples notions of what sounds good.

Speaking all but romantically about his relationship with the city of Hyderabad Murthy admits that he never thought it would happen.To see people come out and support underground music in huge numbers is brilliant.

“I’ve been playing live for four or five years now, when I started out I was using a Machine and a laptop running Ableton. I’ve now moved towards implementing more organic instrumentation with an inclination towards Neo Classical Indian Art forms.”

On sharing a common ideology towards art as Avinash Kumar of BLOT, Murthy tell us about an up and coming project where he’s scored music for Avinash’s game Antariksha Sanchar.

“We’re going to press a few copies of the soundtracks on Vinyl since the story is a reflection of Avinash’s mother in a way, who’s a Bharatnatyam dancer.”

He also notes that the recordings of natural soundscapes are quite useful in his own music making process as well.

“I tend to sample myself a lot. I ask my friend to play the Santoor for example in the chromatic scale and then I put each note into a sampler and have an instrument of my own. It’s all about being true to the art form, I’ve enrolled with a Carnatic music school as well to better understand the theoretical aspect of different kinds of music.”

When it comes to writing music Murthy notes he tries to think of it in terms of the emotion he’d like to convey first and then build around that.I still have a long way to go he says, but for now I just want to play my own music live.