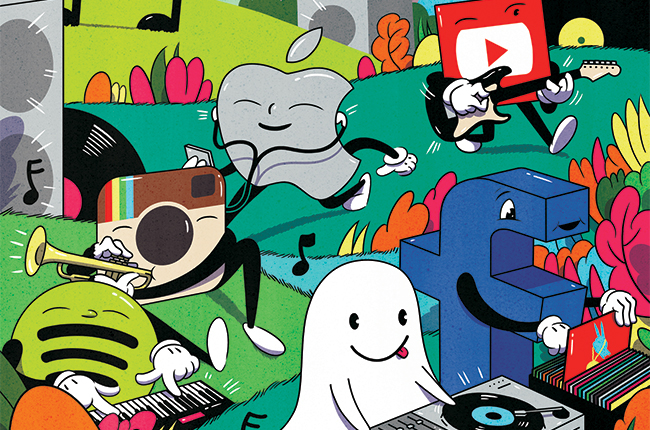 Electronic music is certainly the most vaunted genre in the cross-hairs of both newbie and established music producers these days, as well as everyone else in-between.

Here’s our light-hearted listicle of the 14 ( that we could think of ) different types of electronic music composers who exist in the world today to make our lives so much more interesting and humorous at the same time.

Remember your early days armed with a pirated DAW, sample banks of loops and presets?  Locked away in your bedroom which also doubled up as your first studio. Missing bedtime and skipping dinner would have probably got your parents into a tizzy, but we are pretty sure it was worth it in the end when you landed your first release on the label of your dreams. Although there’s still a whole lot of great music that’s coming out of these enclaves

This producer is privileged to have a state of the art studio that makes our bedroom producer brood, chances are this is another passing hobby. They usually like to think it’s very easy to make music, after all, the right cheque to the right person will buy them the slot, remixer, label, collaborator, ghost producer, video director, editor and photographer of their choice.

At any given point in time in the world today, there exists at least one person who stumbles upon a track construction kit and a few acapellas, deciding to turn into a superstar musician overnight. Armed with the rendered audio file from the construction kit, this pro doesn’t even need a DAW, cuz they can slay a 4 deck mash up on virtual DJ with the track title being longed than their bio.

5. Loopmasters with a vengeance

We all know or would have come across one artist who is always scouring the interweb for the latest sample banks. Sampling is awesome, only when done creatively. One their computer you’ll find a library of samples, analyzed in mixed in key. Producing seems more like a DJ set for this lot whilst they select all the samples that match keys and neatly lay them down track below tracks, each with a 1 bar loop segment for added excitement.

“You know this track was produced over 10 years ago ?”

“That’s it, dude never put out anything else after”

These glorified anti-DIY patrons of electronic music are definitely those who lead a jet-set life and understandably let the manufacturers do all the work for them. You’ll find them changing presets faster than a Formula 1 pit stop crew. They will also never commit their tracks to audio, and chances are the project will never finish until they’ve gone through every damn preset. Together with our ‘Loopmasters with a vengeance’, they will throw down an entire album in a day.

The union of keen-eyed beatmakers who would waste no time in picking up any top-of-the-line piece of hardware that came out and then maintain them in mint condition usually fall under this category. These humble collectors are so particular that no dirty fingerprints or dust should ever besmudge their gear that they take extra-special care to make sure that they never switch them on and keep them safe and sound in the original packaging.

After their Instagram post of course,  eventually, you’ll find it for sale with the ‘barely used’ or ‘pristine condition’ which our Rich Daddy Records producer will cop in the blink of an eye with an all-cash payment.

The self-proclaimed perennial jacks of all trades, multi-platform musketeers can fashion a track or a beat with any DAW that you put in front of them. These messiahs hail from geek-o-potamia and have spent many years under as pupils learning the dizzying dark arts of music production and who would let nothing stop them on their way to world domination. However, you will mostly be subject to hearing about making music than the actual music they’ve made.

Making music in the 21st century is an expensive proposition if you choose it to be. Physical synthesizers, drum-machines, controllers, and monitors usually have eye-watering prices that aren’t really affordable to the normal joe. Enter the efficient and economical ‘in the box’ engineers who only need a pair of decent monitoring headphones, a powerful laptop and perhaps a couple of MIDI controllers and keys to help generate their sounds.

The internet is an enabler!

Well, we think you know the kind we are talking about. The so-called ultimate professionals who commit kamikaze and switch from a successful career into one that is best forgotten. After all, when you spend more time in the gym than in the studio your music really won’t have any muscle. Alternatively though,they do have a great future in the hair cream industry.

Some musicians and enthusiasts spend their whole lives plunging into the welcoming abyss of sound design and those who prefer the old-fashion way of producing music through modular synthesizers are no different. They possess significantly high thresholds of patience and levels of determination in equal parts as they spend hours perfecting the art of trial and error. That being said, most of them are throughly enjoying the process of making it, so much so that the only way you can hear their music is, while they make it.

The straight-faced orthodox producers who fear all evil will come if they don’t sculpt their sonics in the exact same manner that’s been taught to them.  They morbidly fear experimentation of any kind, and do exactly as they were taught in the last YouTube tutorial they’ve seen.

There are some out there who wake up every morning and quietly pick up their volt-meters from under their pillows and head into their analog-only studio where a laptop’s only purpose is to serve as a shimmering armrest. We are referring to the disciples of audio fidelity, of course, the analog SAS who prefer in making music the old-fashioned, hard-wired way.