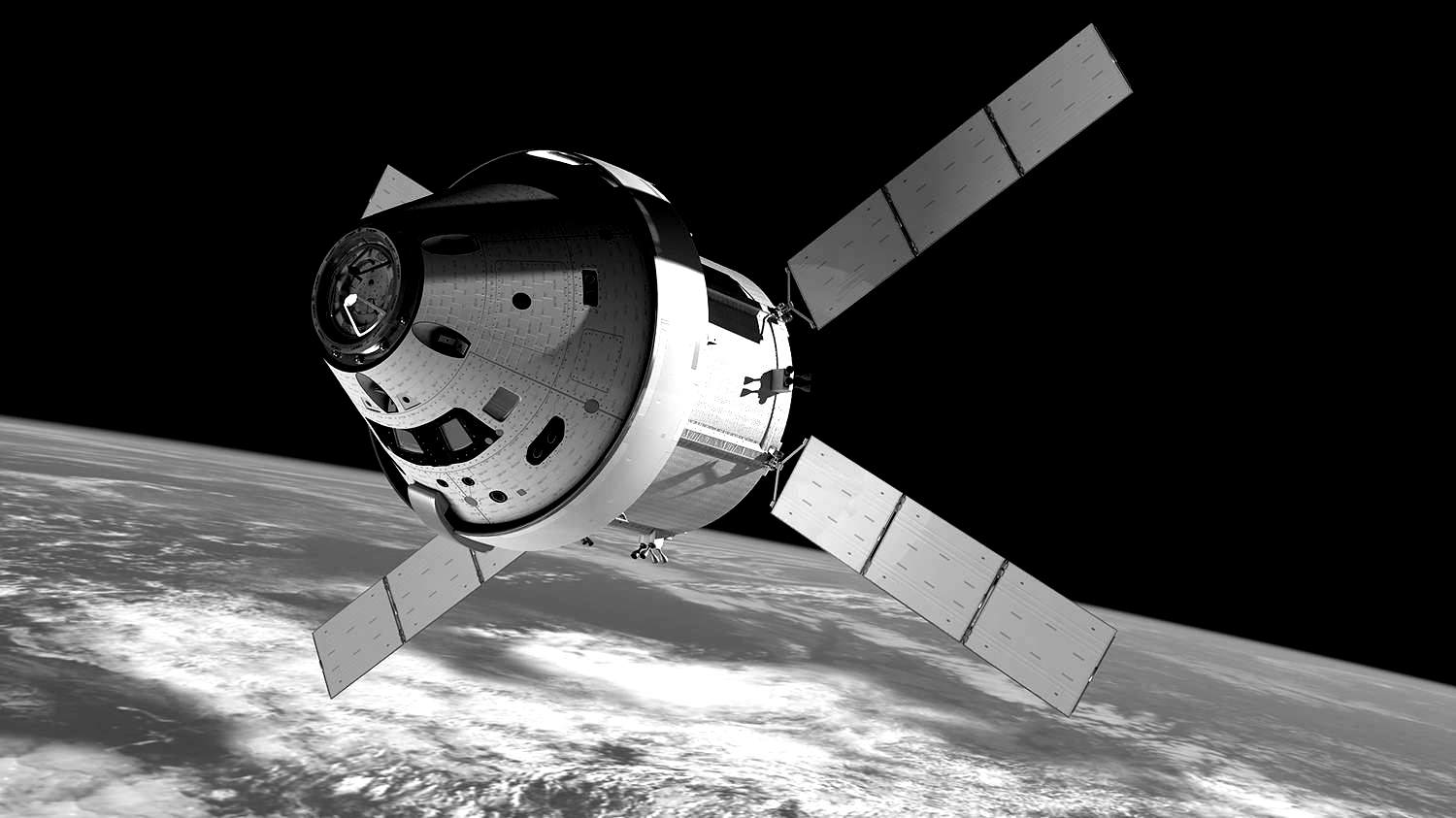 This month our reconnaissance satellites engage aural afterburners and beam back otherworldly sounds from the vast expanse of the global electronic universe as we feature the crew from the crew from Terran space station Nrtya.

The Bombay based artist agency and digital label has been consistently delivering top-shelf music that spans multiple genres via their diversely talented roster of musicians, singers, and DJs.

The Orbital is a segment that explores contemporary global soundscapes and brings you tracks that are picked by the resident staff, artists, and musicians working in vagrant music avenues. It is an open and informative resource that is intended to traverse and showcase the different aspects of electronic music.

Slide through the compilation that the roster has contributed to and hitch a ride as we warp into our third Orbital!

Experimental music producer and rapper Tre Ess chooses Prabh Deep X Sez on the beat’s venomous ‘G maane’ as his weapon of choice. Sinister, bass-heavy kick drums compliment percussions that are scarce but adequate, conjured by skilled beat baron Sez. Delhi-based MC Prabh Deep also spits fire with in your face verses that definitely would instigate debauchery on any dance floor. Pretty sure you are going to give this song more than one play!

Pune based singer/guitarist Gowri Jayakumar picks Karun Ramani’s laid-back jazz composition ‘ How much ‘, an ear-pleasing and quirky jam. The track grabs your attention straight away with its atypical intro that includes aesthetically chopped up samples garnished with lazy guitar strums. The song progresses into a glorious and funky shuffle that will certainly get your head bobbing, toes twiddling and feet tapping in perfect choreography. Get on this!

The exceptionally talented vocalist/songwriter and producer Aditi Ramesh singles out Pulpy Shilpy’s sample-heavy ‘Kaadhal Mannan’. Made with visible funk overtones and is accompanied by Pulpy’s ear-friendly voice, the track certainly borders on the edge of awesome obscurity. The offtime drum signatures add a bit of mystery to the track as the listener never knows what to expect. If wonderfully weird music is your thing, then we highly recommend you press play!

The veteran jazz drummer pick’s Rhythm Shaw’s amazing solo masterpiece ‘The opening act’ as his pick for the orbital. Turn the volume up a bit, lay back and sink into an eargasmic guitar solo. We’ll just let the music do the talking here. After three minutes you will probably know why this is Gino’s pick!

Raghu Vamshi is a producer and a musician who is one half of the electronica act ‘Tansane’ apart from also being the co-founder of Nrtya. Sifting through his music stockpile, he zeroes in on Sid Vashi‘s’Wai Wai’ taken for his debut album ‘Azuma Kazuma’. The song grabs you and throws head-first into electronic fantasia with its bold Indo-oriental character and uplifting vocals. The track also has a nice touch of surrealism to it. Definitely a catchy tune this, might want to add it to the queue on your phone playlist.

The other half of Tansane and one of the co-creators of Nrtya, Sharan homes in on Alice Coltrane and Joe Henderson’s 13-minute epic ‘Earth’. A piece of music that probably belongs in the universal hall of fame ( if there ever was one ). Earth is a mesmerizing slow-groover.

Jazzadelic and soulful AF this track would make for great company on a rainy day, sunny day, gloomy day and just about any other day.

Dynamic and skilled in multiple sonic avenues with several musical inspirations best describes Mohit Rao (  part  of the quartet Jazztronaut). He chooses ‘Gurudakshina’ by fellow agency colleagues Tansane for the orbital. The track oozes so much class and character you might almost forget that it was penned down in India. Cosmic and addictive, the tracks entrances the listener with soulful chords, piano riffs interwoven with organic aural textures and sounds. Certainly top-notch!

‘The Drop’ by Bulli Bainbridge is Parth’s submission for the orbital this time around. Break-beat psychedelics are almost always are great to listen to and this is no different. Melancholically encapsulating an excellent violin solo played over beautiful rhythms and arpeggiated melodies, the song meanders through many moods by the time one reaches the end. Another stand out feature of this track for us is the outstanding sound design that’s gone into it. Enjoy!

Rishabh Lohia AKA The Mellow Turtle lands his crosshairs on ‘Renaissance Misson’ from the Blackstrat Blues much to the delight of our eardrums which are usually saturated with electronic music. The track is a perfect example of the musical prowess of the crew who certainly will make the hair on neck stand. Raw, organic and characteristically emotive, Renaissance mission is probably the tune that you would want to be played if you were an astronaut launching into space for the first time.

Sid Shirodkar who dons two hats under the Paraphoniks and Ape echoes moniker selects Sid Vashi’s trumpetous ‘Ghost’s don’t follow me’ which by the way is an extraordinary original sculpted by the Mumbai composer. Incorporating a sample of AR Rahman’s ‘Chalka Re’ the track is raucous, divergent and thoroughly enjoyable as it once again refuses to stay shackled to any genre. Funkridden and Jazz smitten, Obscure is in!

Upcoming DJ & producer Saral Saraf opt’s for Malfnktions ‘Rani’ as his weapon of choice for the Beatworx Orbital. Simple in form but very skillfully conceptualized and put together, this tune ticks off all the right boxes if you love easy going 4 X 4. Happy vibes and arpeggiated stabs do most of the work over a humble kick-snare foundation.

An integral part of jazztronaut, Tansane and Laminus, Keenan Thomas scans his record collection and digs up ‘The Storm’ by Donn Bhatt + Passenger revelator. The nu-discoesque, post-rock composition is definitely going to get your feet shuffling as soon as that seductive bassline kicks in. Well-crafted vocals along with guitar overlays make for quite a tasty combination. Dunk it into your playlist now!

Nirmit’s aural expeditions are vast and adventurous but the talented producer and composer marks his crosshairs on ‘Free Like’ by the independent musician ensemble ‘Azamaan Hoyvoy’. The track itself is delectably construed with beautiful piano riffs and acoustic guitar overlays coupled with astounding vocals. Tastefully and organically curated percussions and shakers add just that little bit of groove that makes the song whole. A great find thanks to Nirmit!

Maverick strummer Rhythm Shaw selects ‘Shinobi’ by fellow roster musician Gino Banks. The captivating track is a stand out example of gino’s prowess behind the drums. The song begins to unravel itself as it intertwines with stabby bass guitar riffs and oriental melodies that lend the entire track a comforting warmth. Subtle changes in mood also add depth and character to this enjoyable tune. One you can hear over and over again!

The incredible gifted Mumbai based guitarist and composer Sanjay Divecha picks Tajdar Junaid’s ‘Dastaan’ and it’s immediately clear as to why. Tajdar’s fingers work magic on the ‘Charango’ , a South American stringed instrument that plays out beautifully emotive melodies. An equally amazing solo on the instrument ‘Sarangi’ makes for a truly remarkable composition.

Vinyl specialist Iggy selects Berlin-based producer Snad’s ‘ Mad in India’ Jam that’s under his ‘Anjuna Police force’ alias. The easy-going deep house groover is probably perfect for a nice lazy afternoon under the Goan sun. Simple and dub static with a hazy analog goodness, this track is just one among mand from Snad’s varied catalog of music.

Upcoming DJ and producer Jay Pei nominates ‘Dolorous’ from rising German techno star Alex.Do. The dark and menacing atmospheres diffuse eerie bells that make for a curiously dark and intimate soundscape. Perfect for one of that closed room after hour sessions if we may. Headphones recommended if you want the best experience!

As we commence re-entry into our normal aural atmospheres we are already plotting the course for the next Beatworx Weekly Orbital. Stay tuned on the blog as we try and bring you our take on the best that the contemporary music scene has to offer!