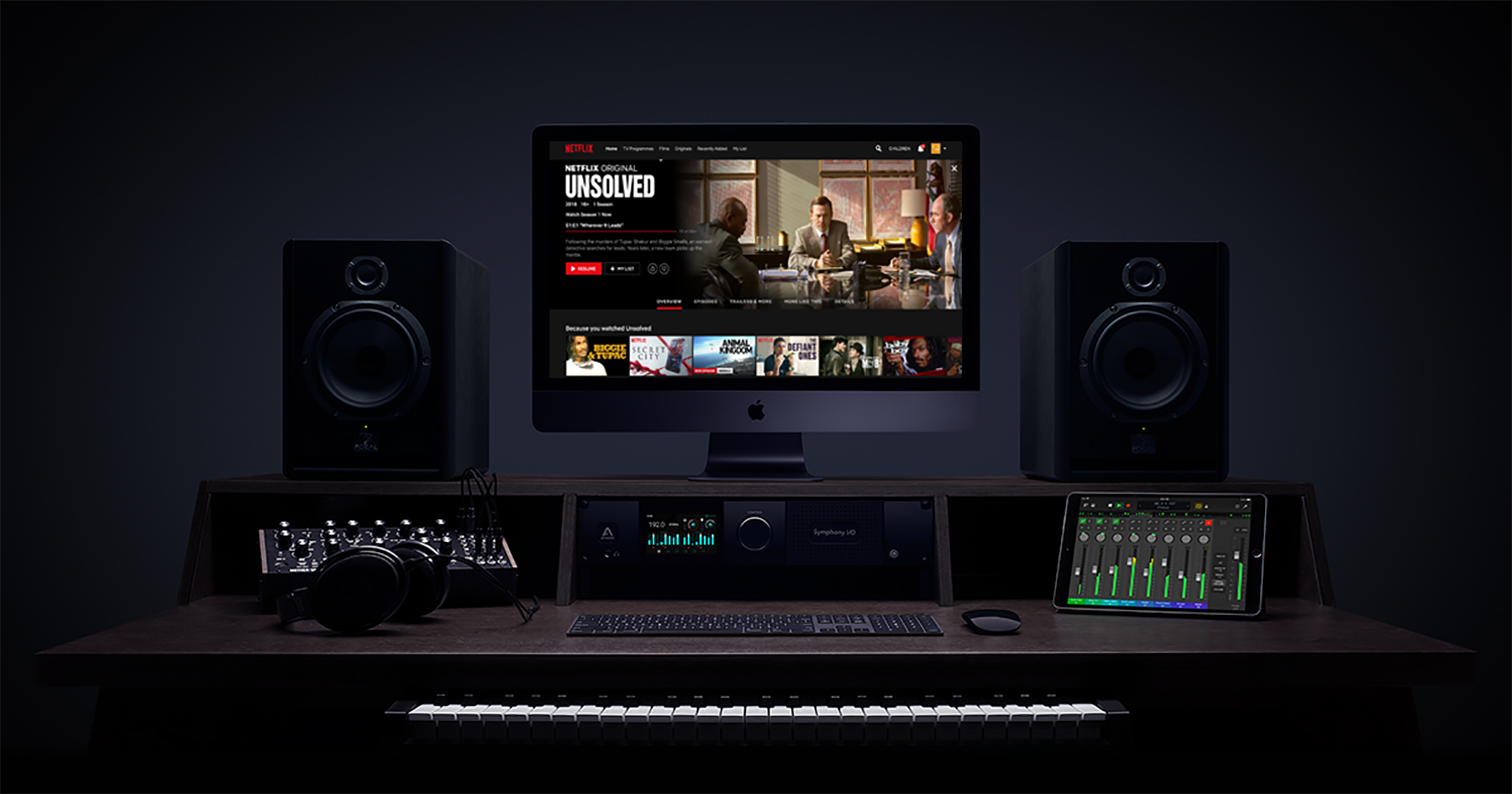 For those times when you’re travelling or in the hotel or just not feeling the need to make music, these are some great shows for your downtime. We’ve picked some of our favourite shows loved by our staff, friends and colleagues. Something for everyone, right from a homegrown show about two musicians trying to make in 2004 a la Die Trying to the epic Netflix Original Unsolved tracing the murder of Tupac and Biggie.

Have you discovered any great music related shows ? (not documentaries!). Let us know what you’re watching!

The Defiant Ones tells the stories of Jimmy Iovine and Dr. Dre — one the son of a Brooklyn longshoreman, the other straight out of Compton — and their improbable partnership and surprising leading roles in a series of transformative events in contemporary culture.

‘Die Trying’ is a show based in 2004 Bangalore, Following the story of Kenneth and Rohan, Two small time musicians with big time dreams. With the odds stacked against them, Chasing the artist dream seems harder than ever. Introducing Kenneth, The singer of the band and always stuck between Rohan and the world.

“The Get Down” is a mythic saga of how New York at the brink of bankruptcy gave birth to a new art form. Set in New York in 1977, this music-driven drama series chronicles the rise of hip-hop and the last days of disco -_ told through the lives, music, art and dance of the South Bronx kids who would change the world forever.

In Keep On Keepin’ On, a 23-year-old, blind piano prodigy, Justin Kauflin, who suffers terrible stage fright, finds his way to jazz legend and teacher Clark Terry, 89. Over the course of filming, Terry begins to lose his sight as an unlikely bond begins to take hold. When Justin is invited to compete in an elite international competition, Clark’s health takes a turn for the worse. As clocks tick, we are suddenly witness to two friends tackling the toughest challenges of their interwoven lives. Terry, now 93, was Quincy Jones’ first teacher, and mentor to Miles Davis. He is among the few performers ever to have played in both Count Basie’s and Duke Ellington’s bands. In the ‘60s Terry broke the color barrier as the first African-American staff musician at NBC, on The Tonight Show. The film is by first-time director Al Hicks and producers Quincy Jones and Paula DuPre’ Pesmen.

Television comedy spin-off about two desperate teenagers who travel to Ibiza to expose their musical talent to a wider audience and, more importantly, to lose their virginity. Despite having adult supervision along for the ride, the pair soon cross paths with a world famous DJ and spot the girls of their dreams.

Hilarious comedy! DJ Frankie Wilde is a legend within the Ibiza club scene for being the most inspired DJ around. On top of that, he has a beautiful model wife named Sonja Slowinski, although many within his social circle don’t see her as being a good influence on him. But Frankie has disappeared from the Ibiza club scene now for a year, with most only speculating that his life has degenerated into squalor based on his excessive lifestyle in Ibiza. In reality, Frankie’s current disappearance and his ultimate fate is due in part to his excessive substance abuse, especially of cocaine, but also partly due to exposure to continual loud music and a physical disorder: he went completely deaf, with no possibility of getting his hearing back. As he went from partial hearing to total deafness, Frankie believed he could still eke out a living as a DJ without telling many of his descent into total deafness…

A look at one of the biggest names in electronic music, Daft Punk Unchained reaches all the way back to pre-Daft Punk times, when the two helmeted icons were in a band called Darlin’ alongside future Phoenix guitarist Laurent Brancowitz.

Examining their rise to fame and lasting success, Daft Punk Unchained doesn’t feature any new footage of Homem-Christo and Bangalter, but it does feature interviews with the artists they were working with at the time, meaning we hear Giorgio Marauder, Pharrell Williams and Nile Rodgers explain how the duo work in studio. A wonderful look at Daft Punk, their history and their place in the modern pop and dance music worlds.

I Dream Of Wires (2014 Waveshaper Media, directed by Robert Fantinatto) is a documentary about the rise, fall and rebirth of a machine that shaped electronic music: the modular synthesizer. Over 100 inventors, musicians and enthusiasts are interviewed about their relationship with the modular synthesizer – for many, it’s an all-consuming passion.

Released to coincide with the festival’s ten year anniversary, the film combines footage from the festival with interviews of attendees and those that work behind the scenes. It looks at the importance of dance music festivals to the scene and the impact Tomorrowland has had across the board. Featuring interviews with DJs who have played on the festival’s enormous stages, we learn what Steve Aoki, Afrojack, Dimitri Vegas and many others have to say about the experience.

`Unsolved’ is a new limited series that draws from the experiences of Greg Kading and Russell Poole, two former Los Angeles Police Department detectives who led separate investigations into the murders of iconic rappers Tupac Shakur and The Notorious B.I.G. Based on Kading’s book `Murder Rap: The Untold Story of the Biggie Smalls & Tupac Shakur Murder Investigations’, the series juxtaposes the two investigations alongside flashbacks into the relationship between Tupac and Biggie.

11. Abstract: The Art of Design

Meet eight of the most creative thinkers and imaginative minds working in the world of art and design today in the new Netflix original documentary series, Abstract: The Art of Design. Journey through their creative process, explore their work, and discover how their innovative designs have profoundly affected our every day lives.

A documentary series that looks to explore the big questions of today. Covering a diverse range of topics from designer DNA to cryptocurrency and K-pop, in collaboration with Vox.

After the Raves (by Reji Ravindran)

A New York music executive in the 1970s hustles to make a career out of the city’s diverse music scene. Created by Mick Jagger & Martin Scorsese & Rich Cohen and Terence Winter, this new drama series is set in 1970s New York. A ride through the sex- and drug-addled music business at the dawn of punk, disco, and hip-hop, the show is seen through the eyes of a record label president, Richie Finestra, played by Bobby Cannavale, who is trying to save his company and his soul without destroying everyone in his path.