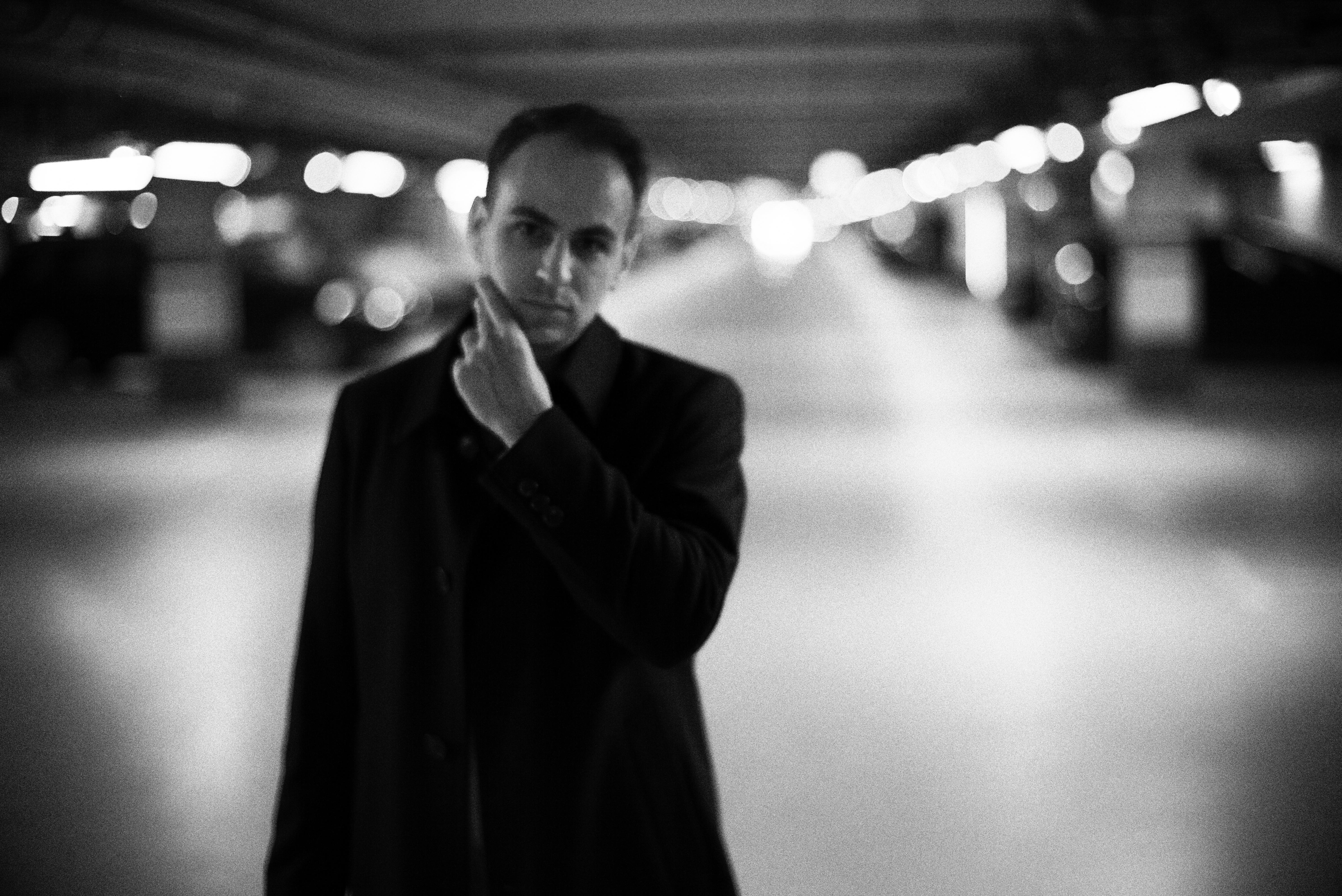 Each artist has a special story to tell about their musicianship. Techno producer Desroi, who in everyday life goes under the name Frederic Lindemann, has a relatively no-nonsense one. Observing from the outside, his production process seems to be one of tight structure and focus, holding a great modernistic vision. He studied Composition at Folkwang University of Arts – parallel to his already ongoing career as a DJ, producer and label owner – having graduated in 2018. His craftsmanship combined with a more theoretical academic view gives him a distinguished position on the scene. Desroi is curious about exploring the bridges between contemporary music and techno, and he recently said he is less interested in the arrangement, melodies, and harmony, and much rather focuses strongly on textures, rhythms and new sounds. Listening to his compositions these quotes makes nothing but sense; Desroi’s techno is entrancing and layered but holds no unnecessary clutter. His tracks are so strictly organized and reduced that after spending some time with these stripped-down creations, the listener will discover something way more abstract than at first glance. Both as a live artist as well as a DJ, Desroi’s performances again focus on unsparingly and unsentimentally exposed material. Raw surface sounds and screeching futuristic signals prevail.

While I’m very fond of old Techno music from the late 90’s and early 2000’s, the future will always be more appealing and relevant to me.

Let us begin with the name. Does “Desroi” hold some kind of meaning or a personality behind it perhaps?

Funnily nobody has asked me this before and it’s not as romantic as you might expect. So long story short: I was trying to google a French name, I can’t speak French obviously and came up with that but thought “oh wow, that word looks cool”.

Your EP “Azara” on Envra, tell us about when you made it, what was your process behind it? We know you’re influenced a lot by contemporary, how do you channel these inspirations into techno?

Azara came out exactly a year ago now. If I remember correctly I recorded loads of sounds throughout the year of 2018. At a certain point, I felt like arranging it and making proper tracks out of the material I’ve collected. In the end, it all came together pretty nicely. I’ve spoken about my influences and how I channel them in my interview with Monument which you can read here.

The history or the future of techno?

While I’m very fond of old Techno music from the late 90ies and early 2000s, the future will always be more appealing and relevant to me. In every aspect.. not only in Techno or art in general. But then also history and future are complementary and mutually dependent. The future will always feed on the past. We wouldn’t even recognize something as new if it hadn’t something old to it. I hope what I’m trying to say makes any sense haha. Anyways, I’m very curious about the future of Techno. It’s still such a relatively young genre. I’m often asking myself what Techno might sound like in 20 years. But I really don’t have an answer to it.

What are your top 5 plugins or hardware you use the most in your music?

Here you go, in no particular order

Tell us about some of your all-round influences or inspirations (books, music, art, visuals, anything)

To be honest, I listen to mostly non-Techno music when I’m home. Obviously, that would be mainly Ambient music but also Jazz, Classical music and believe it or not; but lots of Pop-Music as well. I wrote my Thesis about Minimal-Art and deeply read into that field. Donald Judd, Carl Andre and LaMonte Young to name a few. I don’t get easily inspired by other music. I would rather draw inspiration from books or my own thoughts.

Let’s talk about your label, primarily you started it as an outlet for our own releases. What is the vision for your label? Will we see releases from other producers as well? The imagery for artwork is very beautifully abstract as well, tell us some more about that too.

My own label was more or less born out of necessity. I wanted a platform where I can put out my own music as quickly as possible. That’s also the reason why I didn’t come up with another name for it and simply called it “Desroi” as well. Apparently, there are no plans to release any other artists on that besides me. As far as all the artwork is concerned, I’m working together with a Danish collage-artist whose work I totally love. I discovered him through Instagram and knew immediately that his art had to be on my records.

Often as producers, we get into a rut of overthinking, did you ever go through that or still do? How do you get past that?

Been there, done that! No seriously, I think nobody is safe from that. What I found out for myself is that I need a good balance between studio time and leisure time. I can be in the studio for 5 days in a row but then I need 3 days of watching TV, bike riding or whatever. It’s a thin line.

Did you ever do anything else apart from music? If yes, how did music come to take center-stage in your life?

I have been making music since I was a teenager. First started playing the guitar and been in a band. I then studied “composition” in University. So basically I’ve never been doing anything else. Music is the most important thing in my life and always will be.

Tell us a bit about your live set. What is your setup and how do you approach it?

My Live Set is constantly changing. That’s for one main reason: to keep myself excited. I’ve brought my whole modular system to gigs last year but with all the traveling and airports and planes, it was getting on my nerves. One constant now is the Octatrack which is an amazingly deep machine.

Any music recommendations from an artist you’re loving or pushing at the moment ?

There’s definitely too much to mention here. I just recently stumbled upon one German guy called Ludwig A.F. Röhrscheid. I’m listening to a lot to his stuff recently. It’s a very clever mixture of techno, house and ambient music. Great stuff.

What have you heard about the nightlife and electronic music scene in India?

I heard nothing but good stories about India’s rising nightlife and techno-scene. Thanks for your interest and the interview. Some really good questions here. I greatly enjoyed answering them. Stay safe all of you.