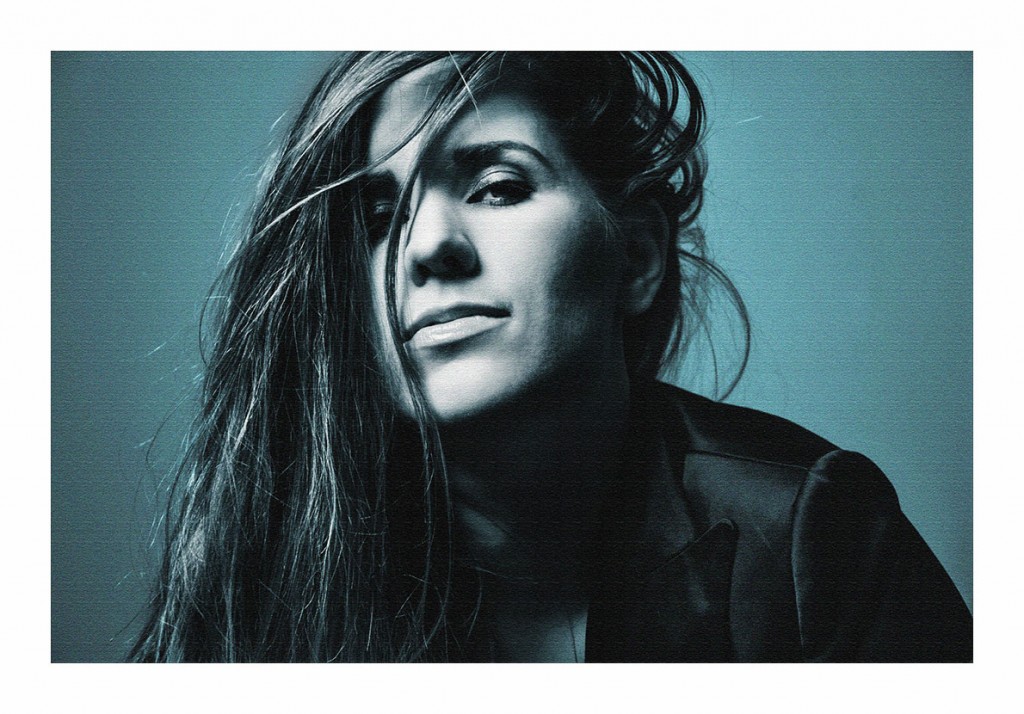 Oshana is a name that’s been synonymous with the wave of underground dance music’s latest explorations with stripped down minimalistic house music. The enigmatic DJ recently debuted in India as a part of Regenerate’s four year anniversary celebrations and brought her brand of minimal to Bangalore and Mumbai.

The American born DJ and Producer is on an upward trajectory and is currently signed onto the versatile Yoyaku record label and agency. As a child Oshana was exposed to music in all forms in the United States and began to grasp the nuances of the art as a child. She quit a full time job in New York and took a leap of faith by moving to Berlin to discover her own identity at electronic music’s defacto mecca.

We had a chance to catch up with her before the Bangalore leg of her tour, when she made a quick visit to our studio.

You grew up listening to ?

Eleven years old when you started to play on 12″, tell us how ?

Ever since I discovered my parents turn-tables, I’ve been intrigued.  Nightlife, music, and discos have always fascinated me.  When I was a child, I used to watch a Canadian TV program called Electric Circus, which broadcasted live from a nightclub.  There, I learned about dance music legends like David Morales and Armand Van Helden.  I was completely in awe of them.

Being from up in the states is definitely a bonus because of what was happening in terms of music in the 90s and 2000s with electronic music. How has this had an impact on your musical journey?

Absolutely! Music from the late 90’s-2000’s is a huge source of inspiration for me, as it was my first introduction to electronic music.  Being from the Midwest, I was exposed to many house and techno music legends.  Listening to their music inspired me to become the producer and DJ I am today.

How did your first gig go, any fond memories?

I guess it depends on which first gig we’re talking about.  My parents used to drive me and my turntables over to my friend’s homes for birthday parties.  The experience was strange, to say the least.  Imagine trying to play a club set for a bunch of twelve year old’s.  I don’t think anyone understood what I was doing or why I was doing it.  They just stared at me in confusion. Thankfully, the gigs have gotten much better since then.

What was it like being a female DJ early on in an unfortunately male dominated industry? Is there anything you would like to share with our audience?

Being a female DJ back then was as challenging as it is today. I’d like to say that sex is a non-issue, but it’s unrealistic.  Female DJ’s attract more attention than their male counterparts, but they’re held to a higher standard because of that.

What drew you into the minimal, stripped down house sound that you play now, have you always played this sound?

A:rpia:r had a massive influence on my taste as an aspiring producer in the minimal house scene. However, I come from a much more diverse musical background.  I’ve played everything from hip hop to jacking chicago house.  My taste is always changing

You had a full-time day job but decided to give it up and move to Berlin. What inspired this bold step? Did you have any expectations?

I had too many experiences, whilst touring, that lead to me to make the move.  At a certain point, I realized that if I gave 50% of myself to music and 50% to my professional career, I would never be exceptional at anything.  I expected the move to be challenging and financially risky, but I knew that the risk would pay off if I could devote myself entirely to music.  Luckily, I was right.

Tell us about the struggle or the ease of standing out in a plethora of DJs and artists in Berlin?

There isn’t a struggle to stand out when you have your own identity.  The less you fit in, the more you stand out.  I learned this early on, so I’ve always tried to maintain a consistent identity in my music. I’m also a LIVE act, which helps me to stand out amongst the rest.

What’s your studio set-up like now, any favorite pieces of gear in there?

Korg Electribe EMX-1, Juno-106, Elektron Octatrack, Korg Volca Beats, and a series of VST’s. I use a combination of hardware/VST’s.  My favorite piece of gear (ironically, it’s the cheapest) is the Korg EMX-1.  I use it for just about everything.
I even use it to sequence my other gear.

Tell us a bit about Partisan?

Partisan is Anthea’s label.  I’m not sure I can speak for her, but the general idea was to create a free-thinking platform for artists she liked to release on. Being that it was a solo project, she was able to release music that suited her particular artistic pallet. She also wanted to create a collective of artists that shared her vision of a more unified musical scene-less ego driven, more positive and supportive.

Your skills captured the attention of the Yoyaku crew who are known to be forward thinking. What do you think sets this agency apart from most?

It’s fresh and full of young blood! They’re hard-working, ambitious, and know how to have fun. Apart from this, they’re unique in that they’re a distributor, record shop, agency, and label.  All facets of the Yoyaku brand are connected and work to the benefit of each other.

Your releases have been played by the likes of Ricardo Villalobos and ar:pi:a:r. How does it feel to be supported by such legends of the industry?

It feels AMAZING! I’ve never strived for the support of anyone but myself, so their support is an added bonus for me.  It gives me strength and energy to work even harder in the studio.

A party that you played at that you will never forget?

Too many to count-If I could mention just one, I would say the first time I played BLKMARKET Membership in NYC. I frequented the party and always dreamed of playing there so, to finally realize that goal was simply amazing. It widened my eyes to the possibilities that lied ahead of me and gave me confidence to achieve even bigger goals.

Robert Johnson. It lived up to every expectation and then some!

What did you like the most about your debut tour to India?

The people and connections I made. It was great getting to experience the up-and-coming scene in India, and I was overwhelmed with how grateful people were to be introduced to another style of music.