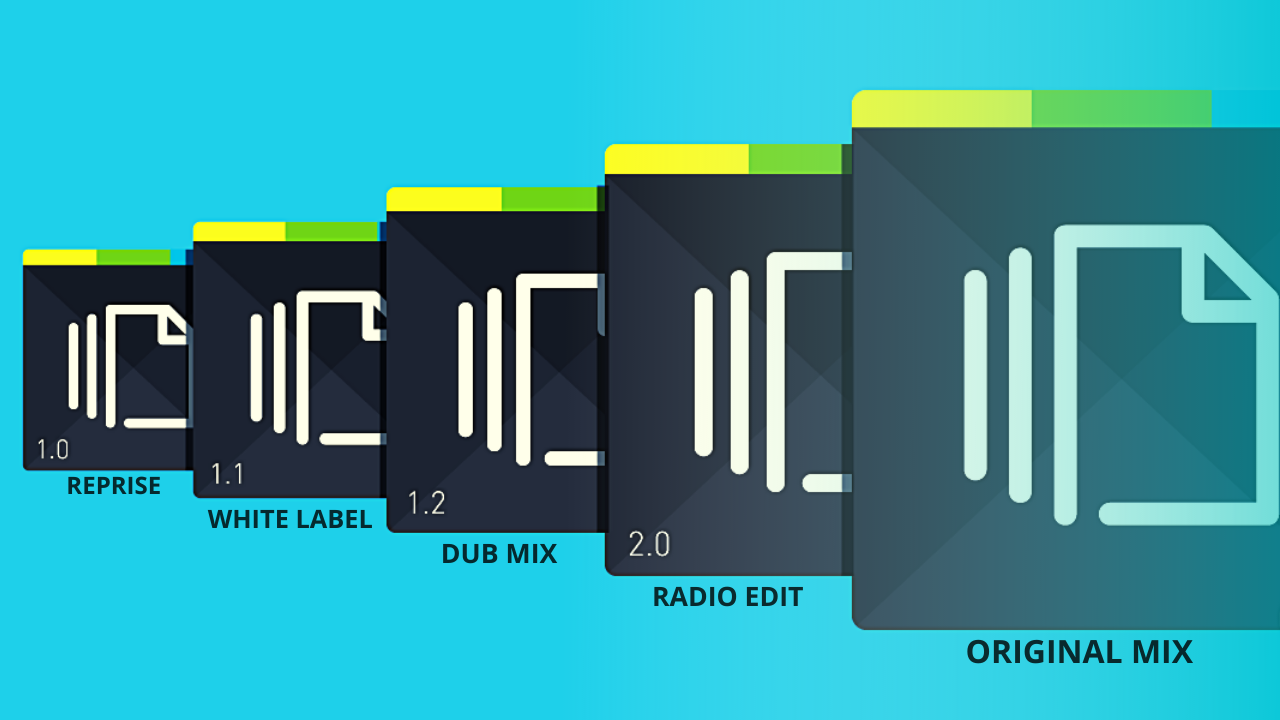 Are you perplexed looking at all these various versions that tracks come in? What the hell is a dub mix anyway? Is a remix and rework the same thing? I downloaded something and made my version of it, would that be a bootleg or an edit?⁣
⁣
Our experts are giving you the scoop on all kinds of track versions you’d come across while looking for music. Have a read and let us know if you’ve come across any other peculiar versions that have not been mentioned here.

The original rendition of the track as made by the producer. It is the first version released of any musical piece or song. An original mix can also be released as an ‘Extended Mix’ which is basically the same song with an extended intro and outro.

A version that is ideally suited for radio play. It is a 3 or 4-minute version of the original mix, minus any expletives and encapsulating the essence of the track. If they’ve gone for the radio mix as the main mix, you’ll often see that the song starts right away with just a fade in and no intro per se.

A version that is re-interpretation of the original mix, stripped-down, devoid of the original’s hook line or synth, but most often refers to the one without vocal a.k.a the instrumental version of a track. Artist’s play Dub mixes so that they can mix this with an acapella of another track to add a new flavour to the track because it concentrates on the most floor-rocking elements of the original.

Another artist’s interpretation of a track, as commissioned by the label or artist. A remixer has full creativity over his remix as though it were his own track, but also aided by a structure and a specified key. It is not the same as a bootleg or edit.

A personal remix of sorts, which has not been commissioned officially by the label or artist. Edits aren’t as elaborate as a remix. Usually, they might change the phrasing through the track or edit the drop/chorus of the song for increased energy or impact. Some artists edit songs to customise the track into their playlist’s sound!

Emerges from the time when people would illegally record live concerts and sell ‘bootleg’ tapes of it. A bootleg is any form of illegal or unauthorized remix or edit. If you make a personal edit of a track and distribute it anywhere without permission, it’s a bootleg edit of the track. Using a studio acapella to make a remix and share it publically without clearing it – is a bootleg.

It’s a creative rendition by any artist to put 2 or more tracks usually by superimposing the vocal track of one song seamlessly over the instrumental track of another, increasing the tempo and pitch to make a sort of musical salad from existing compositions. DJs use mashup as a great way of introducing new music with familiar vocals from a popular song making the audience connect a bit more.

On vinyl when a track is not signed to a label, pressed in limited numbers and distributed by the artist directly to stores. There are several variations each with a different purpose. Variations include test pressings, white label promos, and plain white labels. The production usually includes his or her contact information on the white label.

Do you have any tips for DJ’s that we haven’t covered? Let us know in the comments below.