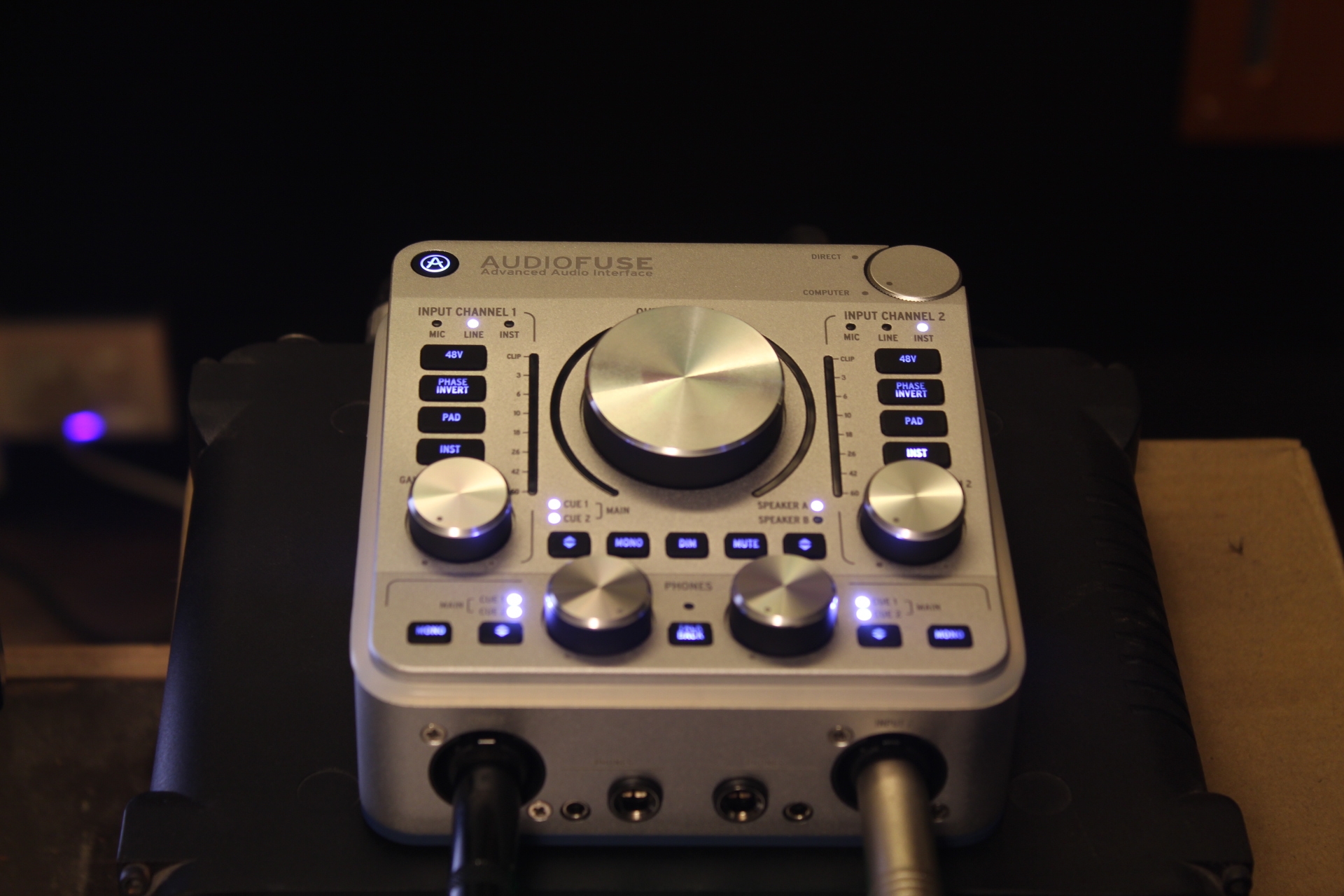 After we first chanced upon this gorgeous piece of music gear at The Palm Expo 2017 in Mumbai, we have been eager to give this a patient go. We’ve had the newly released Arturia AudioFuse servicing our aural needs for the last one week at our studio,  thanks to the good folks at The Inventory. We ran it through a few tasks to juice it out, record audio from hardware synths, A/B between our sound card and the AudioFuse, and we put together 13 reasons why this could replace your current audio interface.

Although this is their first foray into the audio interface domain, The  French manufacturers have left no stone unturned, here is why :

So small you can carry it in the back pocket of your baggiest jeans. So portable you’d want to take it everywhere you go. Weighs in just shy of a kilogram at exactly 950g.

Never worry about forgetting that USB hub you were meant to take to that gig with this guy around. Connect your keyboard/mouse/external gear, etc. and most importantly connect your hard disks too (I personally made sure this works, provided that the power supply is connected too)

3. Can also be used as a standalone mixer

Got a bunch of friends with synths or guitars and wanna jam it out over the weekend but too lazy to connect this to a computer? Just monitor directly with a twist of a knob or use this feature in the studio or on stage to simply preview or play your hardware sounds over the mix without the need for a complicated I/O setup on your DAW. You can also blend between direct volume and computer volume.

Record audio at an impeccable industry standard quality, on-the-go or in the studio. With latencies as low as 3ms (according to Arturia)

They’ve built the pre amps on this from scratch and claim it to be on par with console grade pre amps. Check out all about DiscretePRO®

The audio output is pure bliss. Our Dynaudio LYD8 speakers, here in the studio room sounded more ‘open’ with the AudioFuse when compared to another similar audio interface.

Beware, dates multiple partners. Hook this babe up with almost anything.

7. Slick AudioFuse Control Center with button on the panel to open and close app

Great set of features as expected on the OS app, you can control all the same features plus a few more like Sample Rate, Clock Source, Pan, Mono-Stereo Link just to name a few. Pretty much everything you’d need to access frequently is right on the panel so no worries there.

9. Talkback to communicate with your vocalist/instrumentalist in another room with built-in microphone

Imagine this. You want to tell your voice over artist to speak louder but he can’t hear you through the glass pane of the vocal booth. But would you walk over all the way into that other room just to tell him that? Hell no. Just use the Talkback button with the built-in microphone instead.

10. Mono output at the touch of a button

A much-needed physical button to switch the output to mono on-the-fly? I’ll take it. No more utilities on the master channel, just flip the switch instead.

This is a huge plus. No more regrets about losing that often treasured 3.5mm-6.5mm jack at the gig last night.

13. Re-amping output for some extra overtones on your guitars and synth sounds

Maybe, just maybe. Try re-amping some of your favourite VST presets or your trustworthy analog synths.