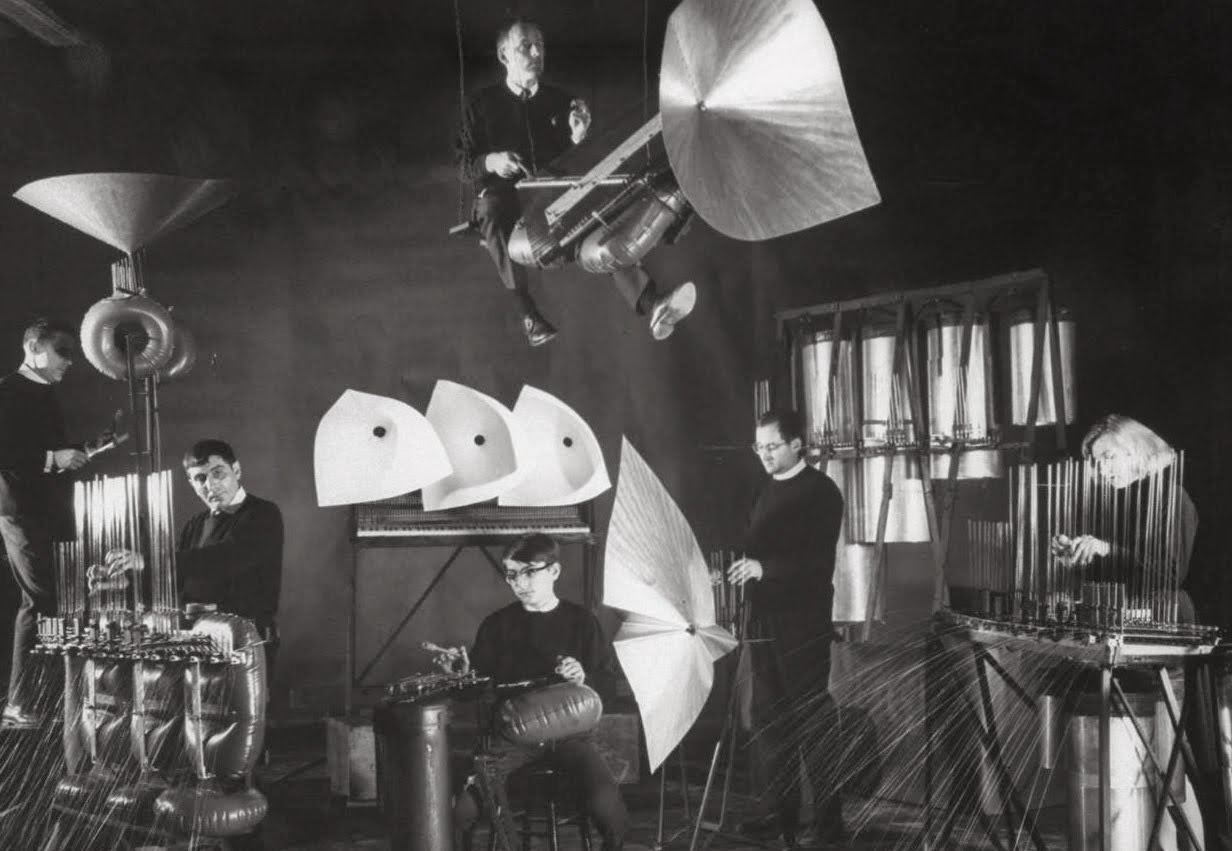 Human Beings have been creating and playing musical  instruments of all shapes, sizes, wares and types since time immemorial across the world. These instruments are now essentially a part of our everyday lives in one way or another. The ringtone on your cellphone, the advertisement on TV, the soundtrack of your favorite Netflix show – have all been made on physical or digital music devices that have been improved and perfected over the years.

There have been hits and misses of course. Not all instruments gained widespread popularity, but that does not discount the fact that they still exist or existed at some point. We did a little digging and were quite gobsmacked at what we found ourselves.

Have your mind blown as we break down these strange musical marvels :

The Great Stalacpipe Organ in Virginia’s Luray Caverns was created by American mathematician and scientist Leland W. Sprinkle, who first got the idea to build a stalactite-based musical instrument after visiting the caverns with his son in 1954. Though it was already well-known by that time that the rock formations were capable of making haunting tones, it was Sprinkle who committed over three decades of difficult research and experimentation to create what is the world’s largest instrument.

The Yay Bahar is a purely acoustic stringed instrument that literally produces sounds from outer space. Görkem Şen, the instrument’s creator, plays the instrument by hitting and stroking the horizontal cords with a mallet, plucking and strumming the vertical strings, and drumming on the feet. Natural source coded materials which are membrane, coiled spring and string work together to produce some truly other-worldly sounds.

The Two-String Piezoelectric Violin is a large, angular musical instrument created by MONAD Studio of Miami, Florida that was created entirely through 3D printing. It was conceptualized by a pair of architects  that the impetus for its creation was realizing that the challenges of their day jobs aren’t all that different from those faced by composers and musicians. Instead of the traditional vibrating strings of an acoustic violin, this instrument is piezoelectric, which means applied pressure is converted directly into an electric signal. This electric signal is then amplified and converted into sound through a speaker.

Leading sound designer Dieggo Stocco, famous for his sound design with Spectrasonics virtual instruments, has designed this piece of magic. It combines the sound of violin, viola and cello strings amplified through the body of a double bass. To play it he uses cello and double bass bows, a little device built with fishing line and hose clamps, a paintbrush, a fork, spoons, a kick drum pedal and a drum stick.

It has also been used in the sound score for the Hollywood flick ‘Sherlock’ scored by Hans Zimmer.

The Chapman Stick is an electric musical instrument devised by Emmett Chapman in the early 1970s. A member of the guitar family, the Chapman Stick usually has ten or twelve individually tuned strings and has been used on music recordings to play bass lines, melody lines, chords, or textures.

The Chapman Stick took five years to design and develop, during which Chapman also opted to set up a business to launch it as a commercially produced instrument. The first production model of the Stick was shipped in 1974 – on October 10 of the same year, Chapman brought his instrument to public attention by demonstrating it on the game show What’s My Line?

A hydraulophone is a musical instrument in which sounds are created by flowing water.In a hydraulophone, water is pumped into a curved, horizontal tube and spurts out of a series of small holes on the top of the tube. There is a sounding mechanism positioned upstream of each hole. If a person places a finger over a hole, the water can be directed past the associated sounding mechanism and diverted to another part of the instrument.

Each sounding mechanism creates a different note, allowing music to be played. If more than one hole is covered at the same time, multiple notes can be played simultaneously to create polyphony.

The singing Tesla coil, sometimes called a zeusaphone, thoramin or musical lightning, is a form of plasma speaker. It is a variation of a solid state Tesla coil that has been modified to produce musical tones by modulating its spark output. The resulting pitch is a low fidelity square wave like sound reminiscent of an analog synthesizer.

Also known as the ‘Singing Tesla Coil’ , By connecting a MIDI-based synthesizer, instrument or computer, one can actually amplify music through the massive lightning-like electrical arcs of high-performance Tesla coils.

Invented and built by Cris Forster in 1975-76, the Chrysalis has two sides, or two circular soundboards, and 82 strings on each side. The wheel, which sits on the crest of a wave-like stand, may be freely spun in either direction.

Completely experimental in nature, the device was a part of his attempt to inspire the building of musical instruments from scratch.

The Wintergatan is a Swedish Folktronica Band who specialize in producing music by  unconventional means. The duo invented a ‘Marble machine, consisting of 2000 marbles that interact  at specific points within the body of the instrument.

The machine is powered by hand, and works by raising steel marbles through the machine into multiple feeder tubes, where they are then released from height via programmable release gates, falling and striking an instrument below. All the instruments are played by striking them and include a vibraphone, bass guitar, cymbal, and emulated kick drum, high hat and snare drum sounds using contact microphones.

The self-proclamined mechanical techno don, Graham Dunning makes contraptions with the turntable as a base, stacking up various modified records that trigger musical impulses, all the way from simple cowbells to monophonic synthesizers, building interesting and organic rhythms. Further processed with pedals, he’s able to deliver proper live performances like a carefully crafted DJ set.

One more for the books to say vinyl ain’t dead.

What are the strangest instruments you’ve discovered ? Share them with us and enjoy further strange acoustic encounters on this Facebook page.