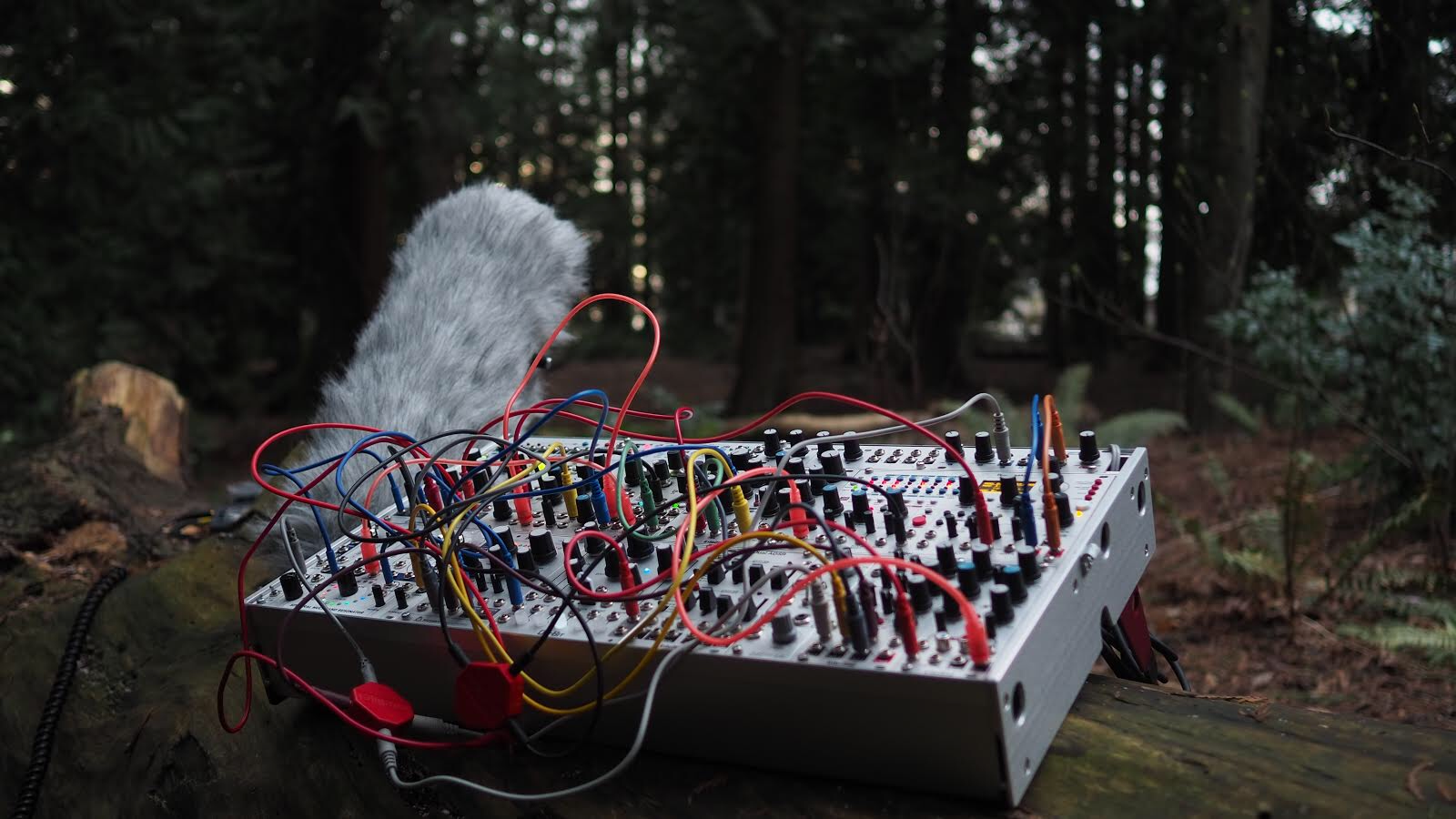 In this series Trade Talk, we catch up with prominent people from the music industry for a casual round of questions about their job. Our last Trade Talk with Tanseer Jabbar gave us some insight on how it is to run The Inventory, one of the best distributors in the country for the most cutting edge tools for music production, sound engineering and live performance.

For this edition, we bring to you Scott Riesterer, a Sound Designer from Vancouver, Canada who has contributed his post production audio skills to dramatic and documentary films, animations, video games, and even the Chevrolet Volt. His music makes heavy use of field recordings gathered from a variety of sources and locations. In 2013 he released Sonidos De Cuba, an ambitious album built upon field recordings from a trip to Cuba and it was nominated for Best Electronic Album in the Western Canadian Music Awards. This was followed up by Belizean Heat in 2018, and he is now working on material using recordings from Iceland.

I’ve been pleasantly surprised how receptive people have been with weirder stuff that I worried was borderline self-indulgent experiments.

Place of work and Job role?

How long have you had the job?

How did you get this job?

Before starting at Intellijel, I worked in the recording department of a music store called Tom Lee Music in downtown Vancouver and this actually led to both of my current positions. We sold microphones, audio interfaces, MIDI devices, synthesizers and drum machines, and I kept pushing our purchaser to bring in Eurorack stuff. Then once we started carrying Pittsburgh Modular, I reached out to other brands and gradually expanded our selection. I quickly became the “Eurorack guy” in the department, and got to know the customers interested in this niche. While helping one of my regulars, he asked me if I write and  I mentioned that I have a degree in English Literature. I knew he ran MacProVideo, but I didn’t realize it was connected to Ask.Audio and they were keen to have more Eurorack focused articles and reviews on the website.

Since they’re based in Vancouver, Intellijel was one of the first Eurorack companies I approached in order to add their product line to our selection. Shortly after we started carrying them at the store, I arranged for them to put on a seminar to showcase some of their latest releases. About a year after that they told me they were looking for someone to take over doing their Youtube videos and asked if I would be interested. Of course I was!

I spend most of Monday morning catching up on web orders from the weekend and tech support inquiries. Then once that’s under control I start working on a strategy with Danjel of what video themes we want to cover, whether it’s focusing on a particular module, a specific technique, or anything else that needs demonstration.

Could you tell us more about your team?

I work closely with Danjel (the founder of Intellijel) on our videos. He will often set up patches, or at least give me direction on what sort of patch he wants demonstrated. Plus, he has a very fine eye for design that is invaluable not just in the layout of his modules, but also when laying out text or graphics or other compositional elements in our videos.

In addition to Danjel, Kamil and Wes develop the firmware for our modules. Plus, we have a crew of QA testers and assembly technicians, along with a repair tech.

What would you say the struggles are?

There’s a lot of things to balance and consider when making a patch to demonstrate a particular module, or function. If a patch becomes too complex, it can be really hard to follow on screen in a video. It’s easy to get carried away trying to make something sound really interesting, but often that can defeat the purpose of the video.

When I started at Intellijel, I had an audio postproduction background and a familiarity with Eurorack synths, but I didn’t know much about video editing, and even less about cameras and lighting. Thankfully, Danjel was quite patient while I learned the ropes. If you compare our earlier videos to our more recent ones, you can really see the difference in quality.

Getting a patch that really “sings” is very satisfying, but sometimes it can be a bit like chasing the dragon trying to get there. Knowing when to pull the plug and start over can be difficult, but it can often save a lot of time crawling down a rabbit hole of incremental tweaks and patching trying to get it “right”, whatever that means at the time. One of my friends in game audio always advises that “you have to learn to kill your babies”, which is good advice for people in any creative industry. It’s easy to get really attached to something you’ve made and become overly sensitive to criticism about it. When you’re making material for someone else to serve a particular purpose, that objective has to take precedence over your own ego.

With Intellijel, I’m trying to make videos that are inspiring, educational, and easy to follow. With my Ask.Audio reviews and articles I still want to touch on those factors, but the emphasis is more on education. With my reviews, I want to give the reader a good sense of what a module can deliver, while my other articles either explain concepts or offer different approaches to patching and synthesis in general.

Personally, my music is kind of diverging in two different but related trajectories. I’ve been making music with field recordings for a while now, and my process has evolved from relying on software, to being almost completely hardware focused. The most recent live set I’ve developed is all based around field recordings from Iceland and I hope to eventually release it as an album. This stuff is more dance floor oriented, leaning towards house and techno in the 100-125BPM range. I played it recently at Sequential Circus here in Vancouver, a biannual night that’s completely focused on live electronic music, no DJs. My live rig features the Elektron Octatrack, Analog RYTM, Analog Four and a Novation Nova. I play field recordings as samples on the Octatrack and run them through my Eurorack to process them into rhythmic elements. I mostly recorded waterfalls in Iceland, so they make a good noise source for percussive zaps and noise swells.

My personal Eurorack system was made for processing field recordings, based largely on how I was already doing it in software. I originally used Ableton Live to stretch and squash and loop things to make it rhythmic. Then I’d apply effects like the Resonator, Corpus, and Reaktor’s Vierring. Now that my Eurorack is “complete” I can do a lot in real-time, so I’ve started performing live with it on its own, and recording single take sessions where I play with a field recording. More recently I’ve started taking it out into natural settings to process the sounds of the environment in real time.

You can check that out here:

I’ve been pleasantly surprised how receptive people have been with weirder stuff that I worried was borderline self-indulgent experiments.

There’s a lot of great material out there for motivation and inspiration, especially on Youtube. Folks like Andrew Huang, Mylar Melodies, DivKid, Knobs, Simon The Magpie, and Hainbach. Of course, getting away from gear and the computer can be refreshing. I like to recharge in nature whenever possible, and Vancouver provides a lot of options.

How do we get your job?

I’m pretty lucky to have Intellijel in my hometown and have the job that I do, so it’s hard to recommend a road map to get where I am. Many Eurorack companies are small and don’t hire often, but for that reason they often neglect things like marketing and tutorial videos. If you reach out to them with a mutually beneficial proposal, they might be receptive.

Your ideal day off?

I like to get out for hikes around Vancouver and enjoy cold beverages on sunny patios. I have two little parrots named Gingko and Tiki that are very entertaining while I’m hanging out at home with my wife. I also try to brew a batch of beer every couple months.

Right now I can’t get enough of The Magnificent Moon, by Mildlife.