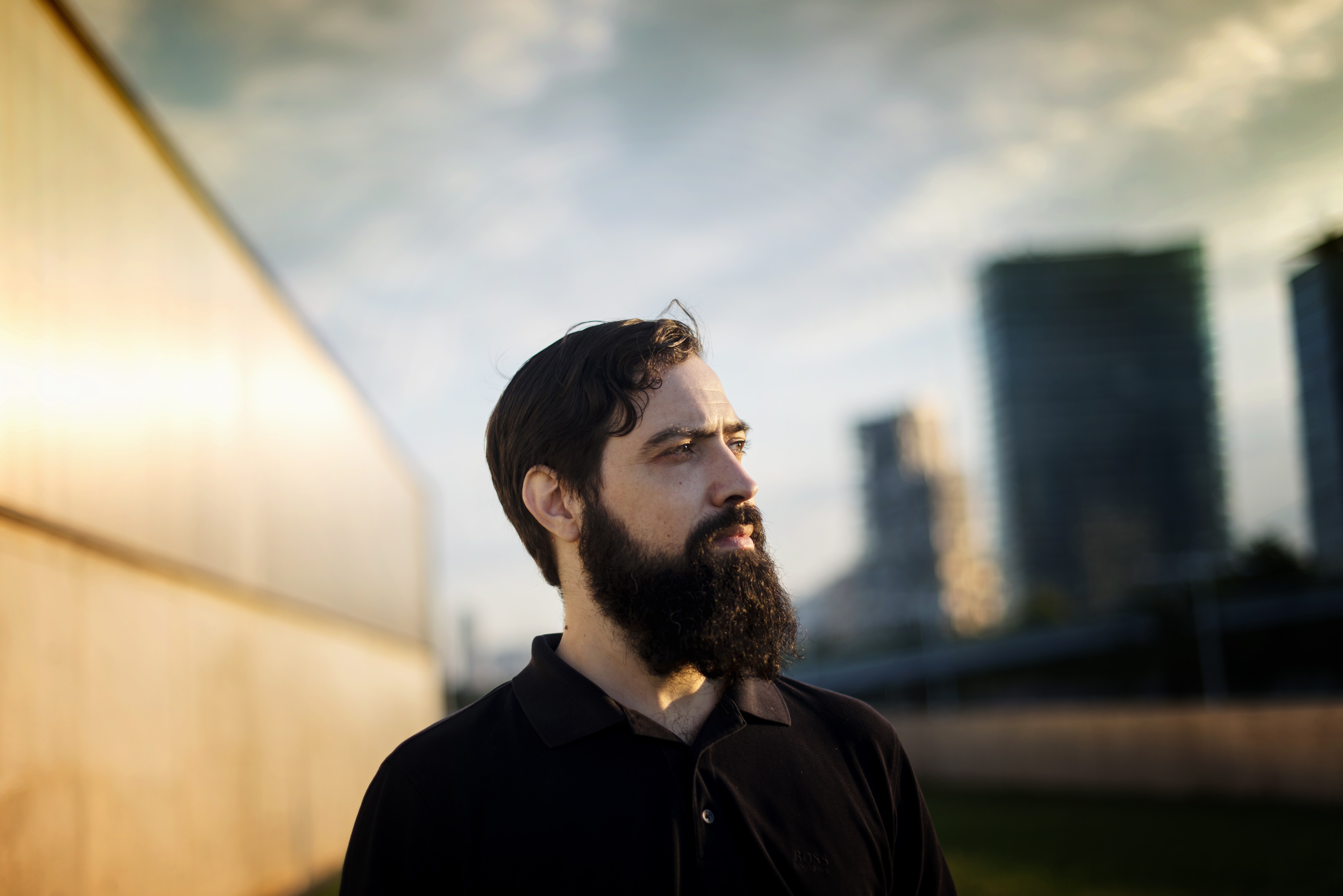 For another edition of a casual talk we have with artists we love, we collaborate with Bangalore Rave Community – a strong group of electronic music listeners who have been supporting and promoting underground music and talent in the city over recent years. They caught up with Tadeo, whilst he was down for the tour we had curated for him. Check out all the various aspects of music and life they discussed below.

Miguel Sar Calderon, who plays under the moniker Tadeo, was recently on tour in India and we had an opportunity of getting up close and personal with him. Miguel is a Madrid based DJ, Producer and Record Label Owner. He completed his two-city tour of India, Delhi and Bangalore, courtesy of the talented team at Afterworx who oversaw the whole operation, making it look easy. Drawing inspiration from Detroit and the Nigerian multi-instrumentalist, musician and composer Fela Kuti, Miguel’s inventive approach has been heralded in the industry. He states the fact that inspiration need not necessarily come from one single genre. He often explores other genres like Jazz and Hip Hop too. He emphasises that other genres can add a breath of fresh air or lend another dimension to your music.

Miguel’s honest approach towards music is probably why he breaks ground. When he used to play video games he always found a connection in the tunes and always wanted to replicate them in his tracks. He had these sounds in his mind, and the answer that he wanted was how to put what’s in his mind, in to a track. Miguel admits he really doesn’t know what motivated or pushed him towards this genre. He does a fair bit of traveling every day from his home to studio in Madrid, and he is always plugged in. Every person needs music in life and we were more than curious to know what Miguel listens to when he is not producing. We were bestowed with a rare opportunity of taking a peak at his playlist on phone and what we found was a lot of Jazz, Afro, Pop and Hip-Hop. Miguel listens to music from these genres to widen his vision and give a new dimension to perspective. He tries to understand the skills that goes in mixing and mastering the tracks and how such can be replicated in his own tracks. Again, inventive and pushing boundaries.

The Human Mind. Miguel considers the mind as the most powerful tool to produce music and an equally potent barrier. Miguel says “If you don’t have ideas, you don’t have anything”. His mind and the synthesizer are of course his favourite equipments to produce music. Talking about productions, we asked Miguel if there is one such piece of equipment there is in his studio that is redundant, to which he said, “You may buy something today, which you may not be using it today or tomorrow. But someday you will use it to produce and create something extraordinary. You cannot discard anything.”

When asked, we found out that Miguel has not attained any formal training in music. We concurred saying “you are an artist who never went to an art school”. Miguel was quick to laugh at it. He insists that during times when there was no Internet or YouTube, you had to learn yourself and expose to different sounds and techniques.

Miguel is a firm believer of direction and destination, which is deeply rooted in his practices. Miguel currently owns the label called “Another Intelligence” and he has been running it since around 2012. He believes the direction of the label and the tracks released in the label are key factors in defining the identity of the label. For reasons deeply rooted to this belief, Miguel closed the chapter on his previous label “Cyclical Tracks” (which was started back in 2004) for good. Miguel’s first ever track “Circunbalation” was released on that label in 2004.

Miguel is currently working on an EP of four tracks that is destined to release on Ben Sim’s label called “Symbolism”. Head over to Ben Sim’s page for more information on EP updates and release dates. Miguel simultaneously is also working on another EP, which again comprises of four tracks, and will call ‘NON’ its home. NON is a label owned by Psyk, who also happens to be a good friend of Miguel. More good news on this front is that a collaboration release with Psyk is on the anvil as I write about it. Plus, all of this and an album is slated for release next year. We cannot wait for it Miguel.

Hot on the heels of his ongoing tour, Miguel toured India right after Korea where he played in two cities. Miguel loved touring India as he explicitly expresses. He loved the feedback he receives from the crowd and that makes it for a memorable experience. Soon after returning to Madrid followed by a couple of days rest, Miguel will be off to Copenhagen for another tour. And then squeezed between Copenhagen and Berlin, is his hometown gig at Club Stardust in Madrid. When asked how he strikes the delicate balance between work and personal life, “I often ask this question myself” states Miguel and chuckles. During the hours spent in travelling to and fro his studio, Miguel finds company in music and maintains a strict routine that allows him to break free from work pressure, and maintaining a healthy barrier to avoid work from getting home. One of his other favourite avenues of ideas is reading books.

When we asked Miguel about his one piece of advice to budding artists who want to pursue a career in this industry, he paused for a while. Miguel says, “Be relaxed, take your time”. Miguel insists on the importance of concentrating by shutting down the noise from media, which could be a huge distraction. Determination is the foundation to success and Miguel wants all upcoming artists not to get demotivated if they do not have a track released on a label. He remembers well about himself and sets an example how he stood strong before his first release, Circunbalation. He insists that investment of time is important and continued investment will lead to healthy returns.

Miguel believes his India tour was incomplete, and there is scope for another. Perhaps many of you crunching the words here have already seen the EP releases. Get to the EP, buy and listen. The support matters and strengthens. More importantly if you have not attended his event in Bangalore or Delhi, you must expose yourself to this dimension of techno that derives its value from the inventive and wide angled approach of the artist.

Bangalore Rave Community would like to thank Team Afterworx for allowing us to bring forth and share with the community, what makes an artist. It is an unexplored and shrouded segment to which dancefloor incumbents are unaware of. Thank you.