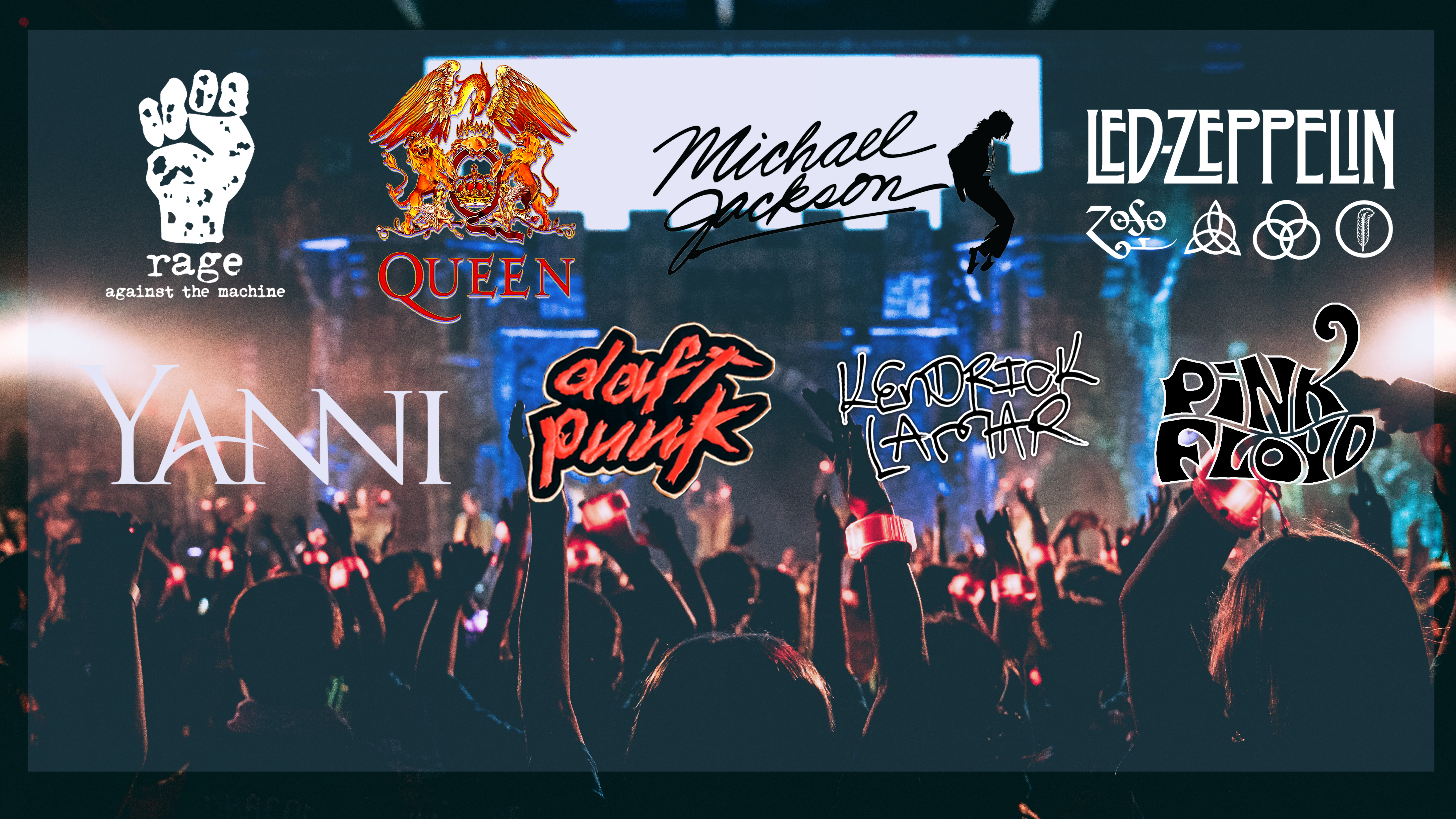 Now and then we all need some video inspiration or some external motivation to keep our drive fueled! Fear not, for I have collated the perfect playlist of  very inpirational and moving Live performances of all through the generations. Here’s a chronological collection of some of the legends to have graced the world with their genius.

Pink Floyd: Live at Pompeii is a 1972 concert documentary film featuring the English rock group Pink Floyd performing at the ancient Roman amphitheater in Pompeii, Italy. It was conceived to be an ‘anti-Woodstock’ film by director Adrian Maben. Shot in October 1971 conceptualizing the band’s grandeur and musicianship feels timeless even today!

A notable 85,000 people attended this incredible tour by Led Zepplin at Earl’s Court, London in May of 1975. The 40-ton stage consisted of props and light airlifted from United States just for this concert. It even had an Eidophor screen, a first of its kind for a rock-show, which showed a live telecast of the action on stage. There was even a train called “Zepplin Express” advertised for marketing that led to Earl’s court.

This was an iconic first for Queen who performed at Wembley with a staggering audience of around 400,000. It broke all records of the biggest audience Queen had ever played for. Live Aid was a benefit-concert held on in July of 1985 as an ongoing music-based fundraising initiative. It was one of the largest-scale satellite link-ups and television broadcasts of all time with an estimated audience of 1.9 billion, across 150 nations, nearly 40% of the world population. This one’s sure to give you goosebumps just at the sheer scale of performance.

A 2 year-long tour over 4 continents features MJ’s first solo tour with his super hit album ‘BAD’. The whole tour has Michael in his best form and extremely agile. The dancing, the singing, the production and the band are so on-point that it’s such an aural and visual treat to watch and be inspired. Although the tour happened in 1988, the DVD of the tour only aired in September 2012. The tour had a 72,000 member audience that also had Princess Diana and Prince Charles as attendees.

Cut to 1992, since his Wembley performance in ’88, the King of Pop had become one of the biggest living legends with multiple platinum and gold records sold across the globe. With a whopping 90,000 attendees, this version that appears on the DVD was broadcast on HBO in 1992, which became the highest audience in the channel’s history for a single broadcast! Personally, Michael is a hero to me and this tour does every bit of justice to the King!

Recorded at the Herodes Atticus Theatre in Athens, Greece during his 1993 tour in support of his eighth studio album is Yanni’s first Live album and concert film to be recorded. It’s rumoured to have cost Yanni $2 million of his own funds to finance the whole thing! Live at Acropolis was performed with his six-piece band and the Royal Philharmonic Orchestra, which was then conducted by Shahrdad Rohani. Yanni’s timeless and haunting melodies added with his impeccable playing skills make this one a must-watch!

Critics have noted Rage Against the Machine for its “fiercely polemical music, which brewed sloganeering left-wing rants against corporate America, cultural imperialism, and government oppression into a Molotov cocktail of punk, hip-hop, and thrash.” The rebel band strongly believed that music could break borders, disrupt military strategies and establish a real dialogue between an artist and his listeners. This concert is 100% spot on with the story and emotion the band tries to convey.

‘The Robots’ as they often called, did a tour in the year 2006-2007 calling their tour Alive 2007 and Alive 2006 retroactively. This tour was met with high anticipation and great acclaim. The Times described Daft Punk’s set as a “memorable sensory spectacle, both dazzling and deafening”. The duo in fact held back on the release of the DVD footage of this tour as they preferred a more amateur or crowd shot video captured the essence of the tour rather than anything they had professionally shot. This is definitely one for the books if you’re a Daft Punk fan.

‘Kung-Fu Kenny’ aka ‘K-dot’ aka ‘King Kunta’ brings his poetic and edgy rhymes and rap to the Reading and Leeds Festivals are a pair of annual music festivals that take place in Reading and Leeds in England. Performing tunes like ‘To Pimp a Butterfly’ and ‘Damn’ which have made their way into the Library of Congress was an absolute treat to watch and seek inspiration from the man himself. This particular tour is a part of his DAMN. tour in support of his 4th studio album. The ‘Damn’ Tour grossed $41.4 million with 452,387 tickets sold in 36 shows only in North America.

Do you want to share your favourite inspirational Live performance from any era? Let us know in the comments below, let’s share these timeless pieces of art with the world again!