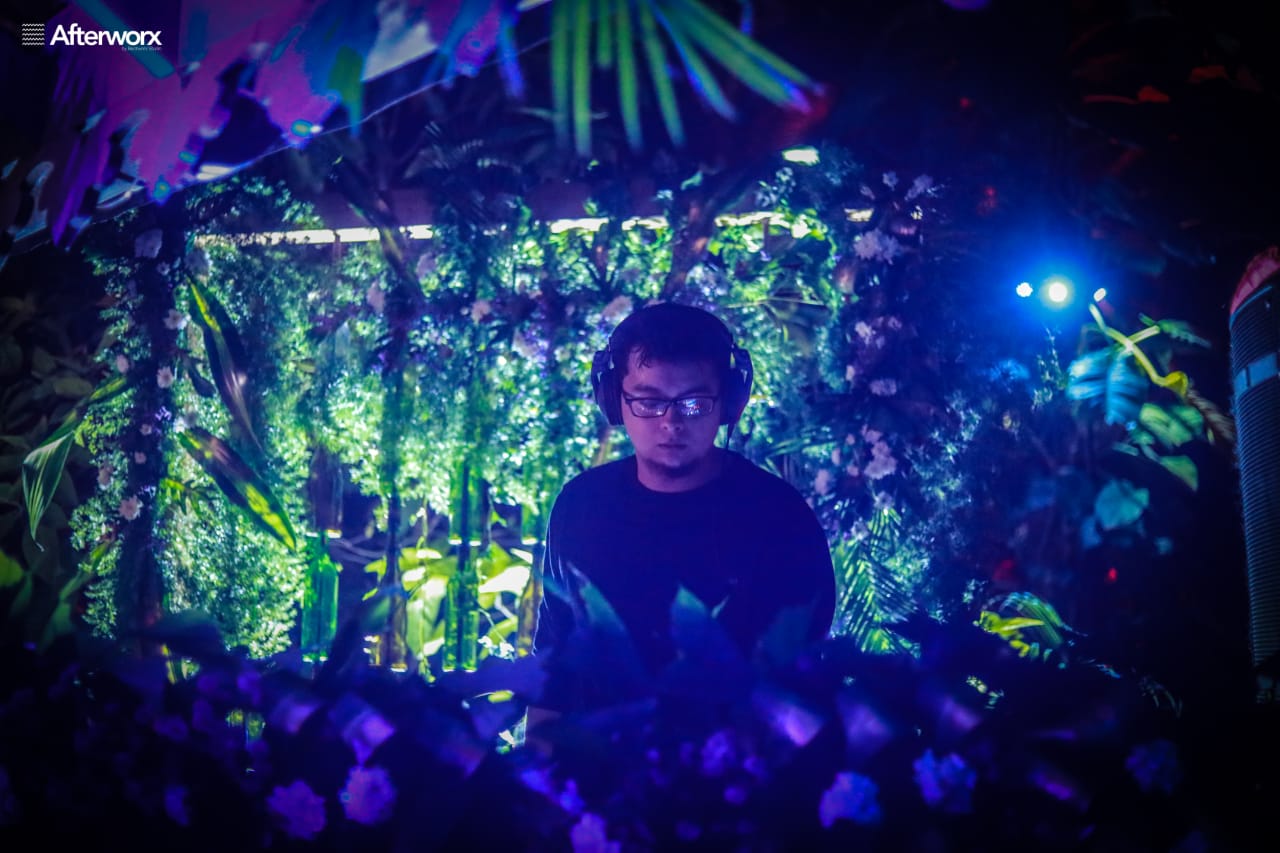 Our last edition of Beat & Greet with Seventh Sea gave us some insight into his process and way of thinking. For this edition, we bring you another artist from our Afterworx roster, Anejath.

Growing up in Bangalore, India; Anejath Rao was exposed to a variety of music ranging from jazz and all the way to Indian classical. Ever since he was introduced to underground electronic music in 2014, He has never looked back.

His keen sense of sound, voracious appetite for mixing tunes, and his left-of-centre take on House music and Techno, has found him a regular spot in the city’s ever-evolving nightlife, having shared stages with diverse artists like Chymera, Brian Cid, Barnt, Pete Oak, Lake People, Salah Sadeq, Tobias Freund, Adam Rahman and more. His sound is a culmination of lush soundscapes, with a touch of melancholic musicality. He fuses and blends these sounds with a dark tonality, that helps him remain true to his diverging influences

In the year 2050, electronic music will no longer be needed to be called ‘electronic’ music

Check out Anejath’s opening set for Cid Inc below.

My workspace at the moment is very compact as I produce music in my bedroom literally. I have just the essentials including a sound card, monitors, MIDI keyboard and a Synth.

My day usually starts with a small workout followed by a small meal.  Then I head to work at the studio where I work till about 7PM and then I go back home and work on music for a few hours, maybe after that I play some PS4 or watch Netflix before I retire for the day.

Not really. I started DJing in my 2nd year of college and by the time I graduated, DJing was all I wanted to do.

Your favourite track from your own discography?

My favourite track so far is not currently released. It will be out early next year on a Spanish label to be named later. Until then, check out ‘Moat’ out on Soupherb Records.

We would be without jobs.

So far for me, one of the best ones was when I opened for CID INC at one of our Afterworx gigs.

One of my all-time favourites is Jitter. No intro needed.

Three of your favourite plugins or pieces of gear

ABL3 for those acid sounds, Wavetable from Ableton and my Arturia Microfreak

Electronic music will no longer need to be called ‘electronic’ music.